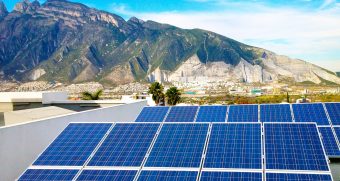 UK developer Harworth is expanding its clean energy portfolio with the announcement yesterday that a deal to build a new 5MW solar farm in North Yorkshire has been signed off.

Kellingley Solar Farm, which will span 28 acres of land near the former Kellingley Colliery in North Yorkshire, received planning permission in July 2015 and signed a 31-year lease with Harworth Group last month.

Constructio will begin in January, and the farm is expected to start generating power in March next year, producing enough clean energy to power more than 20,000 homes, Harworth said.

The project is one of the last solar farms to be accredited under the Renewables Obligation subsidy scheme, which closed for schemes of 5MW and below on March 31 this year.

“This is an excellent deal for Harworth and low-carbon energy developments form an important part of increasing our recurring income base,” Hannah Moxon, senior estates manager in Harworth’s natural resources team, said in a statement. “Although the basis for renewables subsidies has now changed, we remain convinced that solar and wind farms are an important part of the UK energy mix and we believe the government’s proposed Industrial Strategy should reintroduce incentives to bring further developments forward.”

Harworth specialises in regenerating brownfield sites for housing and commercial developments. It has developed 23 low-carbon energy schemes on its land across the country, including solar and wind farms as well as coal mine methane extraction operations.