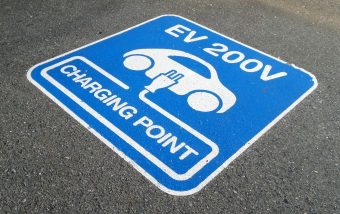 A cross-party group of politicians has called on the government to throw its weight behind an EU-wide working group aimed at accelerating the uptake of clean, low carbon technologies across European cities.

In an open letter published in the Sunday Telegraph yesterday 15 MPs, Peers, and MEPs highlighted the environmental and economic benefits of a raft of new clean transport technologies, which emit zero CO2 while also helping to combat London’s air pollution problem.

They called on the government to back Sharing Cities, a joint Europe-wide programme aimed at delivering pioneering smart technologies in hundreds of EU cities and regions, including London, Paris, and Lisbon.

Drawing on €24m of EU funding, the London-based working group aims to unlock €500m investment in clean technologies and engage more than 100 cities across Europe over the next three years. The group is currently testing electric logistics vehicles in Greenwich, and plans to also begin testing smart technologies in Bordeaux, Burgas, Lisbon, Milan and Warsaw.

“Through municipalities working together, Sharing Cities is sharing the cost of testing new technologies and is using economies of scale to reduce the price paid by taxpayers and increasing the attractiveness to innovators,” the letter states.

Sharing Cities’ programme director Nathan Pierce said electric vehicles and bikes were crucial in the fight against air pollution and climate change. “In order to achieve the government’s ambitious aim of ‘almost every car and van to be zero emission by 2050’ it is clear that cities will need to work together,” he said. “We are pleased that such a broad group of politicians sitting in the European Parliament, Westminster and City Hall have come together to back the work we are already doing to achieve these aims.”

The letter comes ahead of the final version of the government’s forthcoming UK air quality plan, which must be published by the end of July at the latest amid calls from a green groups and politicians for financial penalties to be placed on higher polluting fossil fuel vehicles in urban centres.

However, while the government can expect to find itself facing fresh legal action if the plan is not ambitious enough, there was also a taster today of the criticism it will face from some quarters if it introduces new charges for diesel drivers.

The FairFuel UK lobby group, which has won the backing of several MPs from both Labour and the Conservative parties, today called on Environment Secretary Michael Gove to use “proven” methods to improve air quality in the upcoming plan and to “challenge the medical evidence being used by environmental groups”.

It is estimated that air pollution – including nitrogen dioxide (NOx) – is responsible for at least 40,000 premature deaths in the UK each year, among a range of other adverse social and health impacts.

But the group questions the figures used to attribute deaths to air pollution, arguing the “emotive questionable facts of NOx pollution will cost us trillions in transport policy and legislation changes and improve out life expectancy by only a relatively tiny amount of time”.

It also claims 12,000 members of the public have emailed Defra in recent weeks asking Gove “not to be pressurised by emotive, unsubstantiated health data and rashly decide to tax the UK’s drivers and businesses”, and cites poll findings that 87 per cent are not confident Defra will be fair to drivers in the air quality plan.

Several politicians from the All-Party Parliamentary Group for Fair Fuel for Motorists and Hauliers have also given their backing to the lobby group’s calls, including Tory MPs Julian Knight – chair of the APPG – and Charlie Elphicke, as well as Labour MP Mary Glindon.

Howard Cox, founder of the FairFuelUK campaign, said motorists should not be taxed more for driving higher polluting cars.

“With only 11 per cent of emissions attributed to cars, why should hard-working drivers, families, white van man and small businesses be held responsible for 89 per cent of the issue and be asked to pay for the austerity policies of the last seven years too, when there are other proven more effective ways to improve air quality?” he said.