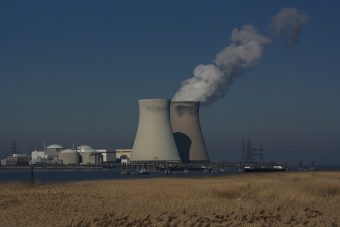 Global CO2 emissions from coal use declined by almost 200 million tonnes (Mt), or 1.3%, from 2018 levels, offsetting increases in emissions from oil and natural gas. Advanced economies saw their emissions decline by over 370 Mt (or 3.2%), with the power sector responsible for 85% of the drop. Milder weather in many large economies compared with 2018 had an important effect on the trends, reducing emissions by around 150 Mt. Weaker global economic growth also played a role, moderating the increase in emissions in major emerging economies such as India.

Emissions trends for 2019 suggest clean energy transitions are underway, led by the power sector. Global power sector emissions declined by some 170 Mt, or 1.2%, with the biggest falls taking place in advanced economies where CO2 emissions are now at levels not seen since the late 1980s (when electricity demand was one-third lower).

Economic growth in advanced economies averaged 1.7% in 2019, but total energy-related CO2 emissions fell by 3.2%. The power sector led the decline and now accounts for 36% of energy-related emissions across advanced economies, down from a high of 42% in 2012. The average CO2 emissions intensity of electricity generation declined by nearly 6.5% in 2019, a rate three times faster than the average over the past decade. In absolute terms, an average emissions intensity of 340 grams of CO2 per kilowatt hour in 2019 is lower than all but the most efficient gas-fired power plants.

The United States saw the largest decline in energy-related CO2 emissions in 2019 on a country basis – a fall of 140 Mt, or 2.9%, to 4.8 Gt. US emissions are now down almost 1 Gt from their peak in the year 2000, the largest absolute decline by any country over that period. A 15% reduction in the use of coal for power generation underpinned the decline in overall US emissions in 2019. Coal-fired power plants faced even stronger competition from natural gas-fired generation, with benchmark gas prices an average of 45% lower than 2018 levels. As a result, gas increased its share in electricity generation to a record high of 37%. Overall electricity demand declined because demand for air-conditioning and heating was lower as a result of milder summer and winter weather.

Energy-related CO2 emissions in the European Union, including the United Kingdom, dropped by 160 Mt, or 5%, to reach 2.9 Gt. The power sector drove the trend, with a decline of 120 Mt of CO2, or 12%, resulting from increasing renewables and switching from coal to gas. Output from the European Union’s coal-fired power plants dropped by more than 25% in 2019, while gas-fired generation increased by close to 15% to overtake coal for the first time.

Germany spearheaded the decline in emissions in the European Union. Its emissions fell by 8% to 620 Mt of CO2, a level not seen since the 1950s, when the German economy was around 10 times smaller. The country’s coal-fired power fleet saw a drop in output of more than 25% year on year as electricity demand declined and generation from renewables, especially wind (+11%), increased. With a share of over 40%, renewables for the very first time generated more electricity in 2019 than Germany’s coal-fired power stations.

The United Kingdom continued its strong progress with decarbonisation as output from coal-fired power plants fell to only 2% of total electricity generation. Rapid expansion of output from offshore wind, as additional projects came online in the North Sea, was a driving factor behind this decline. Renewables provided about 40% of electricity supply in the United Kingdom, with gas supplying a similar amount. The share of renewables became even higher in the later part of the year, with wind, solar PV and other sources generating more electricity than all fossil fuels combined during the third quarter.

Japan saw energy-related CO2 emissions fall 4.3% to 1 030 Mt in 2019, the fastest pace of decline since 2009. The power sector experienced the largest drop in emissions as reactors that had recently returned to operation contributed to a 40% increase in nuclear power output. This allowed Japan to reduce electricity generation from coal-, gas- and oil-fired power plants.

Emissions outside advanced economies grew by close to 400 Mt in 2019, with almost 80% of the increase coming from Asia. In this region, coal demand continued to expand, accounting for over 50% of energy use, and is responsible for around 10 Gt of emissions. In China, emissions rose but were tempered by slower economic growth and higher output from low-carbon sources of electricity. Renewables continued to expand in China, and 2019 was also the first full year of operation for seven large-scale nuclear reactors in the country.

Emissions growth in India was moderate in 2019, with CO2 emissions from the power sector declining slightly as electricity demand was broadly stable and strong renewables growth prompted coal-fired electricity generation to fall for the first time since 1973. Continued growth in fossil-fuel demand in other sectors of the Indian economy, notably transport, offset the decline in the power sector. Emissions grew strongly in Southeast Asia, lifted by robust coal demand.