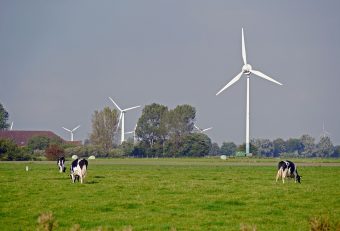 The “collapse” in the growth of onshore wind energy in Germany is jeopardising both the nation’s and the EU’s renewable energy targets.

The warning comes from trade body WindEurope, which says Germany installed only 134MW of new onshore wind capacity in the first three months of 2019 – its worst first quarter since 2000.

It estimates the country is likely to install only between 1GW to 2GW of onshore wind farms this year, significantly down on the last five years when it installed 4.3GW per year on average.

It is also well below what Germany needs to meet its own 65% renewable power target by 2030 and deliver its share of the EU’s 32% green energy goal.

WindEurope also warns offshore wind will not fill the gap as the country is due to build just 730MW per year up to 2030.

It suggests some of the slowdown is due to its “failed auction systems” in 2017, when a lot of community projects won without a permit – many of these projects are yet to be built due to “more generous realisation timelines”.

It adds permitting for new wind farms remains the underlying problem as the process, which used to take just 10 months, now takes more than two years.

Only 400MW of new wind farm permits were awarded in the first quarter of 2019, well below historical levels and the last three auction rounds were undersubscribed, leading to rising prices.

Giles Dickson, CEO of WindEurope said: “Onshore wind energy in Germany is in deep trouble. The development of new wind farms has almost ground to a halt. The main problem is permitting – it’s got much slower, more complex and there aren’t enough civil servants to process the applications. It seriously undermines Germany’s ability to meet its 2030 renewables target and contribute to the EU target. And it’s affecting Germany’s wind turbine industrial base. Half of Europe’s 300,000 wind energy jobs are in Germany but 10,000 have gone in Germany in the last five years. And this could get worse: there hasn’t been a single turbine order recorded in Germany in Q1 this year.

“The German Government now needs to make clear how they’re going to reach their 65% renewables target for 2030. It needs an annual build-out of 5GW of onshore wind – and urgent action to speed up the permitting process.”