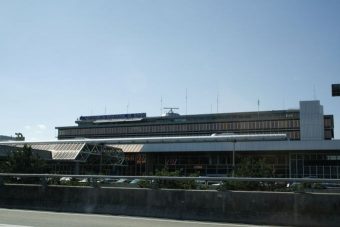 Geneva’s Cointrin airport is to install solar panels across 50,000m2 of roof space in a new project announced by officials on Thursday.

Around a dozen roofs on airport buildings have been marked out for solar panels, the airport’s director André Schneider told the press.

Together, the proposed surface area is the equivalent of eight football pitches. The energy produced would be enough power 2,500 households for a year, though it will actually be used within the airport itself, said news agency ATS.

Cointrin already has solar panels covering 10,000m2, producing one gigawatt hour of energy a year. The first of the new panels will appear in 2020-21 on the roof of a new airport building.

The airport is collaborating with Geneva’s industrial services department (SIG) on the project. SIG will cover the estimated 12-13 million franc costs and own the solar cells for a 25-year period.

Solar energy is an important part of Switzerland’s gradual shift away from nuclear power and towards renewable energy.

In May the country voted in support of the government’s energy strategy 2050, which will gradually decommission the country’s nuclear reactors and ramp up hydropower – historically, Switzerland’s most important source of renewable energy – as well as other renewables including solar, wind and geothermal.

According to the Swiss energy office, by 2050 it should be possible to produce around 20 percent of Switzerland’s electricity needs through solar power.