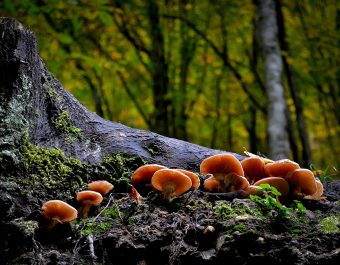 Twenty years ago, microbiologist Barry Goodell, now a professor at the University of Massachusetts Amherst, and colleagues discovered a unique system that some microorganisms use to digest and recycle wood. Three orders of “brown rot fungi” have now been identified that can break down biomass, but details of the mechanism were not known.

Now, using several complementary research tools, Goodell and colleagues report new details of this unexpected mechanism at work, one that surprisingly does not involve enzymes, the usual accelerators of chemical reactions. Instead, Basidiomycota brown rot fungi, use a non-enzymatic, chelator-mediated biocatalysis method that is “very different than that used by any other microorganism studied,” he says. Chelators are organic compounds that bind metal ions, and in this case, they also generate “hydroxyl radicals” to break down wood and produce simple building-block chemicals.

Described by collaborators at Oak Ridge National Laboratory as “a paradigm shift in understanding fungal biocatalysis for biomass conversion,” the findings appear in the current issue of Biotechnology for Biofuels. Goodell says, “Our research on fungal bioconversion systems looks at a novel mechanism that has potential use in bio-refineries to ‘deconstruct’ woody biomass for conversion into platform chemicals for biopolymers or energy products.”

Brown rot fungi appear in both the northern and southern hemispheres and are some of the most common decay fungi in North America. Because they evolved relatively recently, there are fewer brown rot species compared to older white rot species. “However, because of their efficiency in degrading wood, brown rot fungi have come to dominate, particularly in degrading softwoods,” Goodell says, and they now dominate by recycling approximately 80 percent of the softwood biomass carbon in the world, found mostly in the great forests of the northern hemisphere. 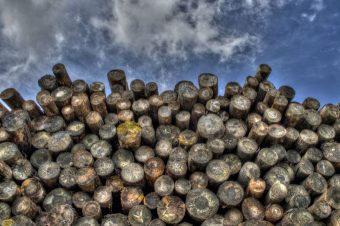 Goodell points out that most microorganisms use enzymes to break down compounds, but enzymes are huge molecules and physiologically “expensive” to produce because they contain so much nitrogen. “Scientists used to think that these fungi would make holes in the cell wall that would let in the big enzymes,” he notes, a sort of pretreatment model. “But as we explain here, that is not how it works.”

“The fungi we study use a non-enzymatic, catalytic chelator-mediated Fenton system instead, a very simple process that makes use of hydrogen peroxide, also generated by the fungal system, and iron found in the environment,” Goodell says. He adds that he and colleagues believe the brown rot fungi’s efficiency comes from their use of the chelator-mediated Fenton system rather than the use of enzymes exclusively, as white rot fungi do.

Goodell notes, “This group of brown rot fungi figured out how to generate hydroxyl radicals at a distance, that is, away from the fungus, to keep them away so the radicals won’t damage themselves while breaking down wood.” Hydroxyl radicals are very damaging to cells, the most potent oxidizing agents known in biological systems. 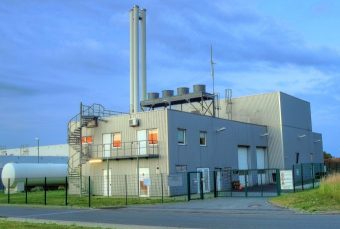 Goodell says, “These fungi do produce a limited number of enzymes, but they come into play after the non-enzymatic action conversion by the fungi using chelators. The chelators are secondary metabolites, whose function is not easily followed using ‘omics’ techniques such as genomics. Using many advanced techniques though, we saw that some very small, low-molecular-weight compounds were working their way into the cell wall. This new paper describes how.”

Goodell and Jellison relate a process that begins with the fungi in the lumen – the hollow space found inside plant cells. Using their hyphae, thread-like growth filaments, the fungi then mount a biochemical attack on the wood cell components.

As Goodell explains, “This group of fungi evolved a way to break down the wood substrate by first diffusing chelators into the cell wall. The fungus makes the chelator and produces hydrogen peroxide from oxygen, and together they start to digest the cell wall into the sugar found in the basic building block of wood, glucose, which the fungus can use as food. This is how these fungi are eating the wood.” 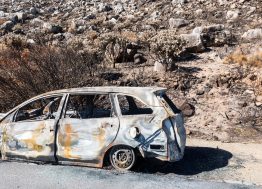