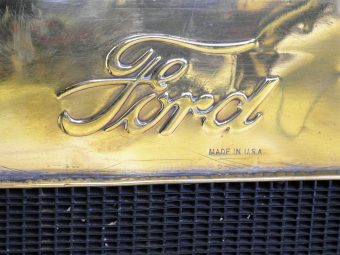 Ford has revealed it is now working with more than 40 companies across 40 countries to reduce the environmental impact of its supply chain.

The auto giant yesterday provided an update on its voluntary Partnership for A Cleaner Environment (PACE), which was launched two years ago with a view to working with key suppliers to promote the adoption of environmental best practices.

The company said the latest round of invitations to suppliers to join the program has taken the number signed up to more than 40 organisations boasting nearly 1,100 sites.

The company also said it had expanded the program so the initial focus on working with suppliers to improve their energy and water efficiency had been extended to include new tools for reducing carbon emissions and waste levels.

“As a company, it’s important that we make quality products and minimize the impact on the environment by doing things the right way,” said Mary Wroten, senior manager of Ford Supply Chain Sustainability, in a statement. “Having suppliers that want to share that responsibility shows we can work together to reduce our collective environmental footprint, while still continuing to deliver great products.”

The company said that the combination of monitoring tools and best practice advice for suppliers had put them on track to reduce carbon emissions by 500,000 tonnes over the next five years, while also cutting water use by 550 million gallons of water – equivalent to 837 Olympic swimming pools.

The savings have resulted from a range of best practice recommendations, including advising suppliers on how to reduce the use of compressed air on manufacturing lines, switch to LED lighting, and identify areas of energy waste.