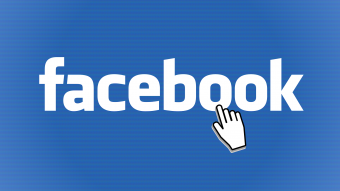 Internet access many be taken for granted by many, but some 4 billion people around the world are still missing out with an estimated 1.6 billion of those living in remote areas with no mobile network coverage.

Facebook plans to tackle the problem with a range of technologies including its high-altitude solar plane Aquila, which has just completed its first successful test flight.

The flight, which has just been confirmed by Facebook, took place on 28 June at Yuma Proving Ground (YPG) in Yuma, Arizona.

The solar-powered aircraft is designed to beam internet access to hundreds of millions of people in hard-to-reach areas around the globe.

During its test flight – the first in a series of ‘functional checks’ – Aquila remained in the air for 96 minutes, more than triple the planned mission time.

While in the air, the eco-friendly plane was consuming just 2,000 watts of power – around the same as a hairdryer.

Eventually the plane will consume around 5,000 Watts once its reaches it cruising height and speed.

‘If you told me when I was getting started with Facebook that one day we would build planes, I would’ve told you that you were crazy,’ Mark Zuckerberg told The Verge.

‘We’re not a plane company, but within a little more than two years of having this idea and starting to build the team, we now have a plane which has flown for an hour and a half. [It’s] just a really big milestone on this path to connecting everyone.’

He said the firm wanted to build thousands of the drones.

‘The milestone that we’re really going after is, can this break the record for the longest endurance UAV?

‘Once you have that, then I think we’re ready to build thousands of them, and work with telcos and governments all around the world to connect people on the outskirts of cities, and rural areas, and in disaster zones, and wherever you can’t get traditional connectivity to today.’

However, Zuckerberg said the firm will not build the drones itself.

‘What we want to do is prove that this works, and then figure out ways to license the technology or give it away so that telcos and governments and nonprofits and crisis areas can offer this.’

‘We’ve been flying a one-fifth scale version of Aquila for several months, but this was the first time we’ve flown the full-scale aircraft,’ said Jay Parikh, Facebook’s Global Head of Engineering and Infrastructure..

‘This test flight was designed to verify our operational models and overall aircraft design.

‘To prove out the full capacity of the design, we will push Aquila to the limits in a lengthy series of tests in the coming months and years.

‘Failures are expected and sometimes even planned; we learn more when we push the plane to the brink’.

The tech company collected valuable data during the test flight that it will use to tweak future designs.

Future test flights are planned to be ‘faster, higher and longer’.

Eventually, the solar plane will cruise at an altitude of 60,000-90,000 feet, beaming internet connectivity down to people on the ground.

The plane has been designed to fly for up to three months at a time, and has a wingspan bigger than that of a Boeing 737. 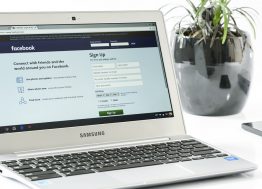 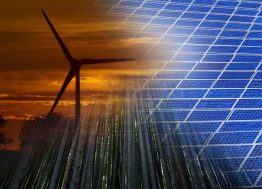 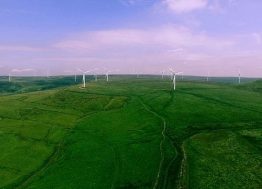