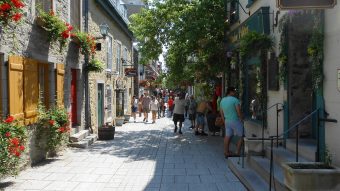 The death toll in Quebec’s heat wave last week may have reached as many as 70, officials said Tuesday, as temperatures exceeded 100 degrees F.

Thirty-four of those deaths were in Montreal, where temperatures soared 20 degrees above normal and CBC reports that the morgue became so overcrowded it had to partner with a local funeral home for extra storage.

Officials say most of the deaths were women and men over the age of 50 living alone in apartments with no air conditioning, and over 60 percent had an underlying medical condition. The increasing frequency and intensity of heat waves is among the most obvious and well-documented effects of climate change.

Bouts of extreme heat are expected to become more frequent, notes a 2018 report from Canada’s federal and provincial auditors general, with their evaluation concluding that governments had under-delivered on commitments to deal with climate change.

The report states that “by 2100, the number of days above 30 degrees Celsius in Canadian cities is expected to double and a one-in-20-year hottest day may become a one-in-two-year event.”