A drop in global biodiversity is putting our ability to produce food at risk, a new United Nations report warns. 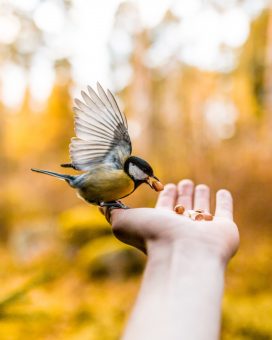 According to the UN’s Food and Agriculture Organization, biodiversity in food and agriculture “is indispensable to food security and sustainable development.”

However, in recent years biodiversity at the genetic, species and ecosystem levels have all been in decline, reducing our overall food and agriculture systems’ ability to respond to shocks and stresses such as climate change.

“Many key components of biodiversity for food and agriculture at genetic, species and ecosystem levels are in decline,” the report said. “The proportion of livestock breeds at risk of extinction is increasing. Overall, the diversity of crops present in farmers’ fields has declined and threats to crop diversity are increasing.”

At the species level, many of those serving vital functions such as pollination or pest management are in decline “as a consequence of the destruction and degradation of habitats, overexploitation, pollution and other threats.”

A report out earlier this month in the journal Biological Conservation warned more than 40% of insect species could become extinct in the next few decades — an event it said could have “catastrophic” effects on the planet.

Even larger animals are at risk, with more than 25% of local livestock breeds at risk of extinction,. Only 7% are deemed to be at no risk whatsoever, with the future for most other livestock breeds unclear.

The drop in biodiversity is being caused by a number of major global trends, the report said, including climate change, international markets and demography.

“These are giving rise to other challenges such as land-use change, pollution, overuse, overharvesting and the proliferation of invasive species,” it said. “Interactions between these trends can often exacerbate their effects.”

Moreover, it warned that the assessment and monitoring of the status and trends in biodiversity at both national and global levels is “uneven and often limited,” meaning the problem could be worse than we currently understand. The report calls for more research in this area and an increase in policies “supporting sustainable use and conservation.”

The issue is attracting increasing attention globally, due to be taken up at the G7 meeting in April, the World Conservation Congress in June, and a major international convention in Beijing next year.

Speaking at the National Biodiversity Conference in Dublin this week, Irish President Michael Higgins called on the world to do more to tackle the “extinction crisis.”

“Over the past half century, humanity has witnessed the destruction of 60% of mammal, bird, fish and reptile populations around the world,” he said. “We are the first generation to truly comprehend the reality of what we’re doing to the natural world, and we may be the last with the chance to avert much of the damage. With this knowledge comes an extraordinary burden of responsibility that we all share.”