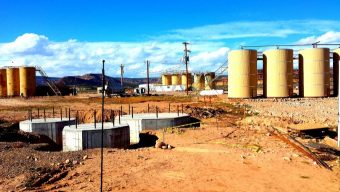 The Dutch Parliament adopted a motion to review production at the Groningen gas field annually, Reuters reported on Thursday.

In June, the legislature passed a 5-year output bill that sought to limit the risk of earthquakes linked to production activity by limiting production from Europe’s largest gas field to 24 billion cubic feet a year.

On Thursday, the government took it a step further, allowing for even more possible reductions to the 24 billion cubic meter cap – a figure that Economics Minister Henk Kamp cited in June would guarantee customers, both in Holland and abroad, the gas they need to heat their homes in the winter.

“This annual review is a new development but a prudent and understandable one in the context of the seismic concerns,” Craig Lowrey, a consultant at UX Energy Services in the United Kingdom told World Oil in an email. “Seeking stability for five years is likely to be welcome news to the markets given the extent of the declines in output seen over the last two years.”

The government first limited production in 2014, when small tremors around the field first began. Experts warned that if output increased further, the earthquakes would continue. Residents of the area are currently pushing to shut down the field entirely.

Oilprice.com’s Dave Forest reported yesterday that the cuts will likely put a sustained upward pressure on gas prices — which would help support development in other established European production hubs such as the North Sea. A stronger natural gas market might also push Europe’s governments to speed up shale gas development, which has a hit a lull in places like Germany due to stringent environmental regulations.

By Zainab Calcuttawala for Oilprice.com