Around the world, forests are shrinking due to deforestation, urban development and climate change, but in Europe that trend has been reversed.

Large areas of the continent have seen a forest boom that means today more than two-fifths of Europe is tree-covered. Between 1990 and 2015, the area covered by forests and woodlands increased by 90,000 square kilometres – an area roughly the size of Portugal. 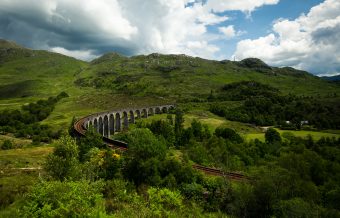 Forests cover almost a third of France, due in part to increased protection and a decline in farming. Over the last century, trees flourished as residents left the countryside for life in the city, and intensive agriculture meant less land was needed for farming.

Although the re-wilding process has slowed, the area of land covered by trees continues to expand. France is fourth most forested country in Europe, after Sweden, Finland and Spain.

Sweden has strong protections against deforestation and trees cover around 70% of the surface area, similar to Finland, but not all of the forests are natural. Many of Europe’s forests are managed to produce wood to make paper, or timber for construction, or as fuel. As trees in those forests are felled, more are planted, and European plantations expand by an area the size of 1,500 soccer pitches every day.

Trees absorb carbon dioxide from the atmosphere, storing carbon in their the trunks and branches, helping the fight against climate change.

More trees should be positive news for the environment and to some extent this is true. But while newly planted forests go some way to safeguard the habitats of birds, insects and woodland mammals, they are no substitute for natural forests in protecting biodiversity.

Deforestation and forest degradation are becoming serious challenges in some parts of the world.

Illegal logging and land clearance for agriculture are devastating parts of countries such as Brazil and Russia.

As the chart shows, Russia lost more than five and a half million hectares of its forest cover in a single year.

According to the World Wildlife Fund, we’re losing 18.7 million acres of forests each year – or 27 soccer fields every minute.

As forests disappear, the habitats of many species vanish with them. Around 80% of land-based species, including elephants and rhinos, are forest dwellers and face a growing threat from human activity.

In 2012, the World Economic Forum brought together more than 150 partners working in Latin America, West Africa, Central Africa and South-East Asia – to establish the Tropical Forest Alliance 2020: a global public-private partnership to tackle deforestation linked to the production of four commodities: palm oil, beef, soy, and pulp and paper.

The health of the planet is best served by protecting our forests from being cut down, and more needs to be done. But, alongside attempts to curb deforestation, initiatives that encourage the expansion of tree canopy represent a step in the right direction.