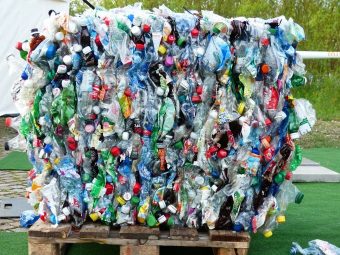 The European Parliament has yesterday voted in favour of strengthening proposed recycling and food waste targets as part of the EU’s upcoming circular economy package.

MEPs endorsed proposals for the bloc to deliver a 70 per cent recycling rate by 2030, alongside a five per cent cap on the share of waste going to landfill and a new goal to halve food waste.

The package backed by the Parliament diverges from the latest proposals from the European Commission, which would aim for a weaker target of a 65 per cent recycling rate by 2030.

The European Parliament will now debate with the Council of Ministers, which is yet to finalise its position on the imminent Circular Economy package.

Simona Bonafè, lead MEP on the circular economy package, welcomed the vote, which she said would move the proposed targets back in line with those previously proposed by the Commission.

“Today, Parliament by a very large majority has showed that it believes in the transition towards a circular economy,” she said. “We decided to restore the ambitious recycling and landfill targets in line with what the Commission had originally proposed in 2014.”

She added that there were compelling economic reasons for adopting more ambitious recycling targets. “Demand for raw materials by the world economy could increase by a further 50 per cent in the next 15 years,” she said. “In order to reverse this trend, we must adopt a circular development model which keeps materials and their value in circulation, the only solution able to keep together sustainability with economic growth.”

Supporters of more ambitious targets have argued that with some countries already boasting recycling rates of over 50 per cent and Austria, Belgium, Denmark, Germany, the Netherlands and Sweden sending virtually no municipal waste to landfill, it is clearly possible to significantly improve on the EU’s current recycling rate of around 44 per cent.

However, opponents, including some industry groups, have warned meeting the new targets would require high levels of investment that could impose additional costs on businesses and households.

“The European Parliament has sent an important signal of intent about the level of ambition needed in Europe to deliver the resource-efficient, employment-rich circular economy that we aspire to,” he added.

However, he also warned that the long-running debate over how recycling targets should be calculated needed to be resolved.

“The headline figures on recycling rates are less important than the trajectory and degree of ambition,” he said. “While debate remains unresolved on the harmonisation of the point of calculation of recycling rates, the headline figure is the wrong point upon which to assess the importance of the European Parliament’s proposals. We maintain the view that recycling should be calculated at the point where materials go for final recycling and concur with Simona Bonafè on this important issue.

“If the European Commission and Council ultimately find they cannot cope with the logic of this position, they at the very least should do the decent thing and reframe the description of their headline recycling targets as what they actually are – collection targets, not recycling targets. This is a level of transparency and integrity we would welcome.”

In related news, the London Waste and Recycling Board this week launched a new business plan for the period through to 2020 designed to boost the capital’s circular economy.

“This dynamic business plan will help accelerate local recycling rates, boost green businesses and cut waste across London,” said Deputy Mayor for Environment and Energy, Shirley Rodrigues. “We need to make reducing waste easier and I’m really pleased LWARB will be investigating new ways to help the thousands of Londoners living in flats gain better access to recycling facilities. It is really important to support the rapid growth of re-use, regenerate the ‘circular’ economy and help new businesses succeed in this exciting sector.”