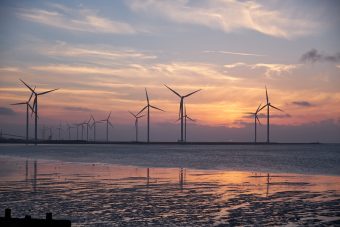 EU regulators plan to limit renewable energy producers’ right to be the first to sell their electricity into European power grids, but stopped short of scrapping such privileges for existing projects as some had feared.

The proposal, seen by Reuters, is expected to be published by the European Commission on Nov. 30. It keeps so-called “priority dispatch” for existing solar and wind farms, but new projects in EU nations where renewables account for more than 15 percent of energy production will no longer benefit.

Under a system of priority dispatch, electricity generated from renewable sources can be sold before that produced by coal, gas and nuclear plants, allowing for a more predictable market for renewable producers.

The draft law, part of a set of proposals to implement goals for 2030 on cutting emissions, sticks to an outline target to increase the share of renewables as part of energy consumption in the EU to at least 27 percent by 2030 – up from the 20 percent goal for green energy for 2020.

EU officials are pushing renewables as they seek to reduce carbon dioxide emissions and a dependency on expensive oil and gas imports from nations such as Russia.

The European Parliament and some environmental campaigners have said the Commission was in danger of complacency and that the 2030 renewable energy target was not ambitious enough.

“A low target and lenient rules will not give European households and companies the confidence to invest in the renewable future,” Jean-François Fauconnier of Climate Action Network said.

The Commission’s draft proposal says its 27 percent target is ambitious, as its current projections show the bloc is on course for a 24.3 percent share of renewable energy consumption by 2030 without additional measures.