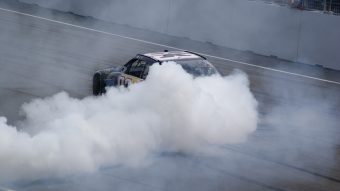 The European Commission has launched an investigation into alleged collusion between BMW, Daimler and Volkswagen (VW) on the development of emissions control systems for cars.

It will focus on information it received indicating the car manufacturers, including VW’s Audi and Porsche units, also called the “circle of five”, participated in meetings where they allegedly discussed, among other things, the development and deployment of technologies to limit harmful car exhaust emissions.

In particular, the Commission is assessing whether the companies colluded to limit the development and rollout of certain emissions control systems for cars sold in the European Economic Area.

The in-depth investigation will aim to establish if the conduct of BMW, Daimler and VW may have violated EU antitrust rules that prohibit cartels and restrictive business practices.

It follows the Commission’s inspections at the premises of BMW, Daimler, Volkswagen and Audi in Germany last October as part of its initial inquiries.

Commissioner Margrethe Vestager, in charge of competition policy said: “The Commission is investigating whether BMW, Daimler and VW agreed not to compete against each other on the development and rollout of important systems to reduce harmful emissions from petrol and diesel passenger cars.

“These technologies aim at making passenger cars less damaging to the environment. If proven, this collusion may have denied consumers the opportunity to buy less polluting cars, despite the technology being available to the manufacturers.”

The Volkswagen Group and its brands said they have been fully co-operating with the investigation.

A spokesperson added: “The formal initiation of proceedings is standard and is a purely procedural step in the process, which was fully expected by Volkswagen. The presumption of innocence continues to apply until the investigations have been fully completed.

“This is not affected by the formal initiation of proceedings. The fact that the European Commission has initiated (formal) proceedings does not mean that it has made any final finding whatsoever on any alleged legal infringements. This procedural step merely means that the Commission will now treat this case as having priority.”

“For the BMW Group, it is important to make a clear distinction between possible violations of antitrust law and a targeted manipulation of exhaust gas treatment, as the latter allegation does not relate to the BMW Group. As for possible infringements against antitrust law, the BMW Group is examining the allegations very closely. The company is wholeheartedly committed to the principles of market economics and fair competition.”

Daimler said no allegations have been raised about price fixing and the company is “co-operating fully” with the authorities and has filed a leniency application.