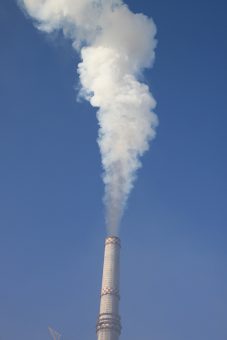 EU Member States have voted in favour of a new package of measures to overhaul the European Emission Trading Scheme (ETS) after 2020, which has for years been dogged by low prices and a surplus of allowances.

Environment ministers from member states yesterday approved plans to accelerate reductions in the number of allowances in the system over time – a move which is designed to bolster prices – and establish a €12bn innovation fund to support advancements in clean technology.

The proposed directive will now form the basis of a negotiation process between the European Council, Commission and Parliemnt known as ‘trialogue meetings’.

Earlier this month the European Parliament approved the reform proposals in a “knife edge” vote.

The EU’s commissioner for climate action and energy, Miguel Arias Cañete welcomed the agreement and urged EU bodies to now work together to approve the reforms.

“Less than two weeks after the vote by Parliament, today’s agreement demonstrates once more the European Union’s strong commitment to show leadership on climate action and help drive the global transition to clean energy,” he said in a statement. “I count on everybody’s best efforts to swiftly initiate the negotiations between the Council and Parliament.”

Established in 2005, the ETS is designed to act as a market-based system to cut carbon emissions by allowing companies to buy and trade carbon allowances. It aims to reduce emissions from more than 11,000 installations in the power sector and energy intensive industries, but in recent years has struggled to maintain high enough carbon prices to make it an effective emissions reduction tool.

Politicians are now under pressure to push through reforms to the system ahead of the next trading period, which starts in 2021. Under the new proposed measures, the cap on emissions will fall by 2.2 per cent annually until at least 2024, compared to 1.74 per cent currently, although the 10 per cent most efficient factories will receive their allowances for free.

The International Emissions Trading Association (IETA) cheered the ministers’ approval of the reforms. “Yesterday’s decision is a big step towards finalising work on market reform that aims to strengthen the system for years to come,” said Julia Michalak, IETA’s EU policy director.

However, some green groups have consistently argued the reforms do not go far enough and will fail to have a sufficient impact on carbon prices beyond 2020, while also allowing too many industries to continue to exploit free or surplus allowances.