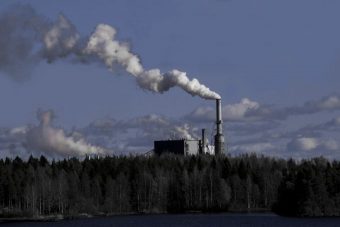 In its mania to prove how horrible the Clean Power Plan is, the EPA has rejiggered the numbers and found — the Clean Power Plan could save more lives than the Obama officials thought. Oddly enough, the means that rolling back its provisions could lead to between 40,000 and 100,000 more premature deaths in America by the year 2050.

The devil is in the details, and we are definitely in “figures lie and liars figure” territory here. Washington Post journalist Chris Mooney found the information buried deep within an arcane EPA filing known as a Regulatory Impact Analysis, a document the agency needed to create to provide a legal basis for its plan to cancel the provisions of the CPP. It looks at a number of scenarios in an attempt to gauge the impact on the environment with and without the provisions of the Plan in effect.

The most recent data are drawn from the 2o17 Annual Energy Outlook prepared by the Energy Information Agency. It should be obvious that the information supplied by the EIA is several years newer than the data the Obamans relied on. “The right way to do this is update your model, your analysis for more recent conditions,” Alan Krupnick, an economist with the non-partisan think tank Resources for the Future tells the Post, “Which is what that second analysis does. And then the chips fall where they may.”

What those chips reveal is that the Obama people may have underestimated the benefits of their Clean Power Plan. The prior administration estimated it would prevent 1,500 to 3,600 premature deaths a year up to 2030. Thereafter, the result of cleaner air would be magnified going forward. One set of numbers from the new EPA numbers finds the number of premature deaths if the Clean Power Plan is implemented would more likely be 1,900 to 4,500 per year through 2030.

“The difference is approximately 400-900 deaths per year, or around $4-8 billion each year in health costs,” says Jonathan Levy, a professor at the Boston University School of Public Health. “This is a non-trivial amount of money, not to mention the importance of the public health toll.” A factor contributing to fewer premature deaths is a lower concentration of sulfur dioxide emissions if electrical generating plants switched from burning coal to natural gas. Sulfur dioxide is a precursor to particulates less than 2.5 microns in diameter. Often referred to as PM2.5, they are small enough to cross into the bloodstream in the lungs and are associated with increases in cardiovascular and respiratory disease.

Chris Mooney is careful to point out that “It’s important to underscore that all of the numbers presented above are based on different sets of assumptions, many of which can be individually questioned. In essence, they are scenarios, where if you assume a certain set of developments then you can predict an outcome based on those assumptions. But whether the developments will actually happen in the real world is another matter.”

EPA spokesperson Michael Abboud says, “In keeping with Administrator [Scott] Pruitt’s commitment to a heightened level of transparency, the Agency provided a vast series of scenarios of the potential effects of the proposed rule, including those based on EIA’s 2017 Energy Outlook; and we welcome any public comments on the RIA.”

In the final analysis, preventing death and disease may not be a legal reason for limiting emissions from coal fired generating plants, and the EPA may simply choose to ignore health benefits as it fashions new and creative ways to shovel truckloads of taxpayer dollars to the coal industry to keep it limping along, even though by every economic analysis it is no longer competitive with natural gas, wind, and solar power. “The law is a ass,” wrote Charles Dickens long ago. Little has changed in the interim.