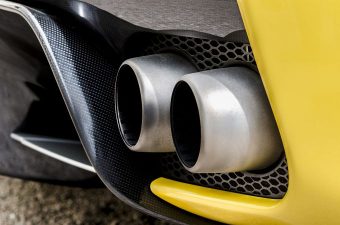 Sales of electric vehicles (EV) in the UK continued rising last month as demand for diesel cars dropped by almost a fifth, according to the latest monthly figures from motor industry trade body SMMT.

As the government faces further action in the courts over its plans to tackle air pollution, the latest sales data published today suggests speculation about the prospects for new diesel charging schemes means appetite for diesel vehicles could already be in decline.

Around 81,500 new diesel cars were registered in May 2017 – a 20 per cent drop on the number of sales reported during the same period in 2016. The performance meant a reduction in the market share of diesels from 50 per cent to 43.7 per cent, according to SMMT.

The trade body suggested the figures reflected an overall decline in the UK new car market ahead of the general election, with total new car sales falling 8.5 per cent last month.

However, at the same time the alternatively fuelled vehicles (AFV) market surged to take a new record market share of 4.4 per cent last month after a slight dip in sales in April.

Sales of EVs in particular also continued to progress in May, with new hybrid and pure electric car registrations growing 33.1 per cent on the previous year to just under 3,000 in a single month.

EV and low emission vehicles sales are still dwarfed by diesels, however, of which almost 510,000 have been registered in the UK since January.

Despite the overall downturn in new car sales, SMMT chief executive Mike Hawes said he expected the market to pick up again after the general election.

“Although demand has fallen, it’s important to remember that the market remains at a very high level and, with a raft of new models packed with the latest low emission and connected technology coming to market this summer, we expect the market to remain strong over the year,” said Hawes.