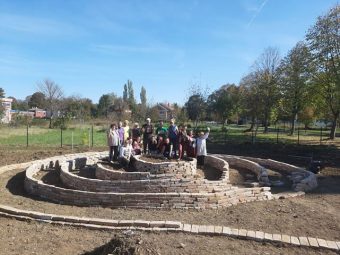 Organic fruits, vegetables and herbs have become very popular on the market in recent years, so has the need for their production. Recognizing the importance of this trend, land potential in their environent, as well as the needs of their fellow citizens, the Women’s Association “Vukovar” once again made good use of the support of European Union funds and implemented a project that will train forty-two citizens for organic farming, herbs cultivation and processing.

The  Women’s  Association  “Vukovar”  has  been  active  within  the  local  community  for  more  than  twenty  years,  intending  to  more  engage  vulnerable  groups  of  citizens,  such  as  elders  and  unemployed  women,  victims  of  domestic  violence and members of national minorities, in social de-velopment and decision-making and contribute the better quality  of  life  for  them.  They  carry  out  their  activities  by  implementing  both  national  and  EU  programs  and  projects. One of them, currently underway, is the Eco Start project, with the aim to empower citizens who are interested in producing organic fruits, vegetables, and also in producing, growing  and  processing  herbs.  Like  many  other  projects  they have implemented so far, this one is supported by the EU Fund, whose competitions the Association monitors regularly and in which participates when they can be aligned with the needs and capabilities of the local community. 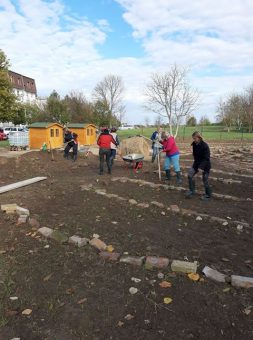 “Our  activity  is  based  on  listening  to  the  real  needs  of  citizens  and  other  community  organisations,  and  by  organising  and  implementing  activities,  we  influence  the  information, education and empowerment of marginalised groups  of  society.  We  regularly  monitor  the  announcements of the competition and report to those areas where our  Association  is  active.  Preparing  a  project  is  not  a  difficult job if it involves projects that follow our vision and mission and contribute to the achievement of our goals, as well as the goals of a particular competition. All of our projects are  based  on  the  protection  of  human  rights,  the  development of the local community, improving the lives of old and infirm  people,  as  well  as  encouraging  the  employment  of  vulnerable groups of society”, says Jelena Jankovic, a member of the Association. “For the project to get funding from the EU funds and to be implemented, it is important to have the  human  capacities  for  its  realisation,  project  partners,  and the project activities themselves should be relevant to the  target  group  which  is  involved  in  the  project.  Also  the  project  must  contributes  to  the  achievement  of  the  objectives set out in the relevant national and regional strategic documents in the area of   the competition. The advantage is if the project has greater regional coverage.”

The Eco Start project started a year ago was written in collaboration with an adult school and with them agreed to implement  training  for  two  programs  –  an  ecological  producer of vegetables, fruits and aromatic herbs and aromatic and spice herbs producer and processor. The City of Vukovar supported them by giving land for practical training.

“The response of the participants is good, which shows that   the   interest   in   organic   agriculture   has   increased   recently and that people started to take care of what they eat, where they buy food and if that food is really organic”, our  interlocutor  said,  adding  that  forty-two  people  were  involved  in  the  project,  divided  into  two  equal  groups  for  each  training  program.  The  largest  number  of  students  were  middle-aged  women  who  have  been  unemployed  for  a long time. “The target group of this project is the unemployed,  young  people  and  women.  We  want  to  enable  them  to  become  more  competitive  in  the  labour  market  by  acquiring  new  knowledge  and  skills  and  giving  good  support  to  those  who  want  to  start  their  own  business  in  organic agriculture,” emphasizes Jelena Jankovic. 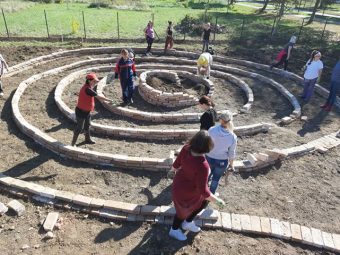 Those  who  wish  to  embark  on  this  type  of  work  after  completing  the  training  can  count  on  national  and  EU  funds.  “The  importance  of  organic  production  in  Croatia  can be seen in the continued financial support for ecological  production  through  grants  under  state  and  EU  assistance. The state stimulates producers to decide to engage in organic production through constant finance and other forms  of  support”,  explains  Jelena  Jankovic.  She  also  adds  that  the  reason  for  the  growing  number  of  areas  under organic  farming  can  be  found  in  the  realisation  of  support  for  organic  agriculture,  financed  from  the  European  Agricultural  Fund  for  Rural  Development,  under  measure  11  –  “Organic  farming”.  Besides,  users  involved  in  organic  production can earn extra points in most public calls within the Rural Development Program. In this way, additional work and effort are rewarded.

What  has  further  encouraged  the  realisation  of  this  project is the fact that the environment of Vukovar is well suited for organic production and rich in arable land. In fact, our  interlocutor  points  out,  the  whole  of  Croatia  has  quality, but underutilised land for organic farming, because such products are harder to grow, and they are much more expensive on the market. However, demand for organic products is  increasing,  and  since  2010  records  an  increase  in  the  number of organic producers in Croatia, which certainly has been contributed by incentives in organic farming.

The  training  program  for  producers  and  processors  of  aromatic  and  spicy  herbs  is  conducted  through  two  hundred  and  two  hours  of  theory  and  practice,  and  the  training program for organic producers of fruits, vegetables and aromatic  herbs  lasts  one  hundred  and  fifty  hours.  In  addition  to  getting  basic  knowledge  of  plants,  vegetables  and  fruits,  production  and  processing  technology,  they  also  learn about occupational safety and health, fire protection and first aid. The training is not completed yet, the practical part of the course is currently underway, and after that, the  participants  will  pass  workshops  “From  field  to  table” and  “How  to  get  your  job  in  agriculture”.  After  that,  the  twenty  most  motivated   will   receive   five   career   counselling  hours  and  assistance  in  developing a business plan.

In addition to the Eco Start project, the Women’s Association “Vukovar” is currently implementing two other EU projects – Wish for Vukovar. With this project, they employed ten women for helping  the  elderly  at  home  and  the  New  Knowledge  –  New  Opportunities project, which offers the possibility of free training for designing and implementing projects from EU funds for the unemployed and the long-term unemployed. Beside EU projects, the Association also implements national projects whose aim is to improve the  quality  of  life  of  people  in  their  community  and  ensure  better accessibility of social services. 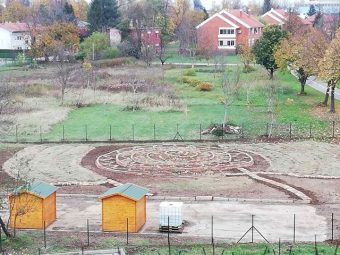 “Within  our  association,  there  is  a  Club  of  Third  Age  Persons,  where  fifteen  to  twenty  people  gather  every  day  in the afternoon. For the fourth year in a row, we have been conducting daily activities for the elderly, such as exercises with  the  help  of  a  physiotherapist,  measuring  sugar  and  blood pressure, cultural and entertaining activities (creative workshops,  natural  cosmetics  workshops,  reading  rooms,  games for improving memory, etc). Also, we are authorised to provide free legal aid, we have an SOS line that operates every day from 8 am to 6 pm”, says our interlocutor.

The  Women’s  Association  “Vukovar”  cooperates  with  similar  organisations  in  the  region.  Through  a  three-year  Empowerment to Better Integration program, they carry out part  of  their  activities  in  rural  areas  to  contribute  to  the  widening of alternative social services where they are not available, assisted by organisations operating in those areas. They also have good cooperation with local self-government, institutions and establishments. They are members of the Gender Commission, the County Team for Combating  Violence  against  Women  and  Domestic  Violence,  the  Mobile  Trafficking  Team,  the  Women’s  Network,  the  SOS  Network and the PETRA Network.