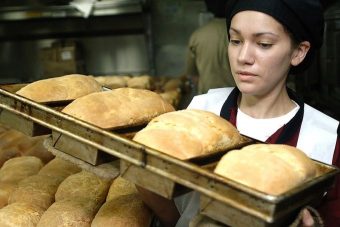 Around 24m slices of bread are thrown away every day in the UK – more than a million an hour – because people do not get around to using it in time and worry it is stale.

Now a new campaign from the anti-waste charity Love Food Hate Waste is urging consumers to freeze bread and toast it straight from the freezer, and to consider eating toast as a snack at any time of day.

The campaign, run by the government’s food waste advisory body Wrap, is focusing on adults between 18 and 34 after a new poll found that 69% of Britons in that age bracket admit to throwing bread away every week. Some 26% in this age group say they know you can freeze bread, but do not do it themselves.

Previous research from Wrap showed that if everyone in the UK threw away on average three fewer slices of bread a week, the nation’s bread waste mountain would disappear.

The new study also found that more than half of those polled (56%) eat bread at least four days a week, with just under a third (31%) consuming it every day. The majority enjoy it for breakfast and lunch, with only 19% having it at dinner and 23% as a snack.