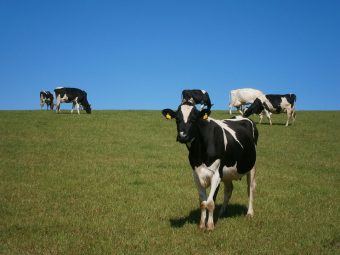 Researchers at the University of California, Davis have found a surprising food source that could help reduce cows’ methane production: seaweed. A recent study from the university suggests bovines who eat an experimental mix of special food and a specific strain of seaweed produce less greenhouse gas than their peers.

According to Pennsylvania State University, agriculture contributes up to seven percent of America’s greenhouse gas emissions. Each day, ruminal animals (like cows) belch up to 264 gallons of carbon dioxide and methane. As much as 20 percent of agricultural methane emissions comes from animal burps alone.

To reduce those emissions, UC Davis researchers experimented with new feed combinations for cows. The cows’ hay is mixed with up to one percent of a naturally occurring red algae, Asparagopsis armata. To encourage the cows to eat the new food, molasses is added as a natural sweetener and to mask the salty taste and smell. To measure effectiveness, researchers take the livestock to a special “breathalyzer” chamber three times daily, where cows’ breath is measured for gas content in exchange for a cookie. 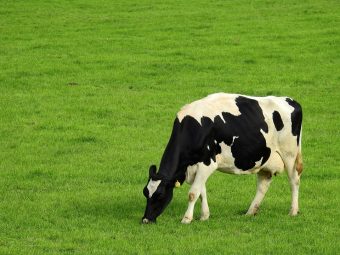 But did it change the dairy cows’ milk? Although the seaweed-eating cows produced slightly less milk, the feed didn’t change the milk’s taste. A blind taste-test conducted with 25 people discovered “no off-notes” in the dairy products. Any hints of saltiness or fish did not transfer over to the cows’ milk production.

Before seaweed can become a major part of agricultural feed, the industry must overcome several hurdles. This includes changing the seaweed flavor to be palatable to cows and growing enough algae for agricultural purposes. In addition, growing feed must be economically viable for farmers.

Using feed to reduce cow emissions is part of a bigger plan to cut greenhouse gases in California. State Senate Bill 1383 mandated that farms must reduce their methane production by 40 percent over the next 12 years.