Earth Day is April 22 of every year. April 22, 2020 will mark 50 years of Earth Day. Back in time, Earth Day was a unified response to an environment in crisis — oil spills, smog, rivers so polluted they literally caught fire. 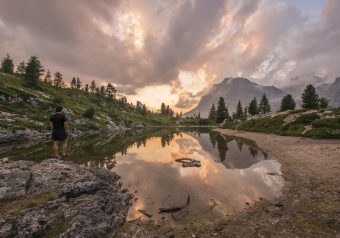 On April 22, 1970, 20 million Americans — 10% of the U.S. population at the time — took to the streets, college campuses and hundreds of cities to protest environmental ignorance and demand a new way forward for our planet.

The first Earth Day is credited with launching the modern environmental movement, and is now recognized as the planet’s largest civic event. The first protests inspired a wave of action, including the passage of landmark enviroAnmental laws in the United States. The Clean Air, Clean Water and Endangered Species Acts were created in response to the first Earth Day in 1970, as well as the creation of the Environmental Protection Agency (EPA). Many countries soon adopted similar laws.

Earth Day continues to hold major international significance: In 2016, the United Nations chose Earth Day as the day when the historic Paris Agreement on climate change was signed into force.

The enormous challenges — but also the vast opportunities — of acting on climate change have distinguished the issue as the most pressing topic for the 50th anniversary. Climate change represents the biggest challenge to the future of humanity and the life-support systems that make our world habitable.

At the end of 2020, nations will be expected to increase their national commitments to the 2015 Paris Agreement on climate change. The time is now for citizens to call for greater global ambition to tackle our climate crisis. Unless every country in the world steps up – and steps up with urgency and ambition — we are consigning current and future generations to a dangerous future.

Earth Day 2020 will be far more than a day. It must be a historic moment when citizens of the world rise up in a united call for the creativity, innovation, ambition, and bravery that we need to meet our climate crisis and seize the enormous opportunities of a zero-carbon future.

There’s so much you can do to help protect and restore our planet, from joining a cleanup or climate strike, to taking part in the world’s largest citizen science initiative, to hosting an event in your own community!