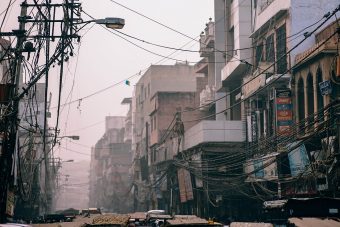 According to the Central Pollution Control Board (CPCB), despite the Supreme Court limiting firecracker use on Diwali from 8pm to 10pm, crowds continued to set them off until late at night, exposing people to major health risks.

The air quality was rated at 302 on the Air Quality Index (AQI) at 11pm, which is categorised as ‘very poor’ – people may suffer from respiratory illnesses as a result of prolonged exposure to such air.

If the air quality dips further, the AQI can reach ‘severe’ levels, which can harm healthy people and seriously affect those with existing ailments.

Before Diwali, the Supreme Court had ordered that sustainable, low-smoke crackers, which produce less light, sound and harmful chemicals, can be sold in the National Capital Region.

Legal air pollution limits have been reached for the year in London less than a month into 2018.