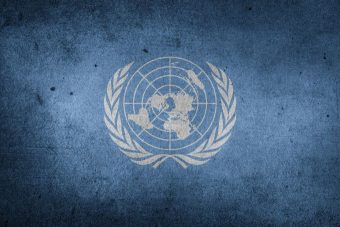 As world leaders were being escorted to the COP22 conference centre in Marrakesh for today’s high-level plenary session, outgoing UN Secretary-General declared climate action is now “unstoppable”, regardless of the actions of any one government.

Ban Ki-moon, who has attended 10 Conference of Parties (COP) in his role as Secretary-General, said during a press briefing that the swift ratification of the Paris Agreement and the increasingly ambitious emissions reduction efforts from companies, states and civil society provide a clear sign climate action is now embedded within the global economy.

Ban expressed hopes that President-elect Trump would tap into his experience as a businessman and recognise the strength of the market forces at play. “As a very successful business person, I believe that he understands there are market forces already at work on this issue, and that we need to harness these forces for the good of the planet,” he told reporters.

Trump has threatened to pull the US out of the Paris Agreement, the landmark climate treaty that commits the world to limiting warming to “well below” two degrees, and which came into force last month.

Ban was speaking to reporters ahead of the plenary, where world leaders gathered today to kick off the ‘high level segment’ of the COP22 discussions.

Speaking at the opening of the plenary, King Mohammed VI of Morocco said COP22 marks a “decisive turning point” in the implementation of the Paris Agreement. “The outcome of this conference will play a decisive role in determining the fate of the new generation of COPs, which should focus on initiative and action,” he told delegates.

“Indeed, the Paris Agreement is not an end in itself. Actually, the outcome of the Marrakesh conference will be a true test to gauge the efficiency of the commitments we have made, as well as the credibility of the parties that announced them.”

Meanwhile, French President Francois Hollande used the session to issue a strongly worded message for the incoming US administration.

He confirmed other leading economies would take a tough line in negotiations with the US if the new government seeks to undermine the Paris Agreement. “France, I can assure you, will lead this dialogue with the United States and its new President,” he said. “In openness, with respect, but with demands and determination, on behalf of the 100 States who have already ratified the Paris Agreement.”

His comments follow proposals from former President Nicholas Sarkozy, who is also in the running to return to the Elysee next year, that the rest of the world could seek to impose carbon tariffs of US exports if the country exits the Paris Agreement.

“We cannot allow a situation where our companies have obligations but we continue to import products from countries that respect none of those obligations,” he said in a television interview.

German and EU officials today sought to downplay the chances of a carbon trade war with the US, but diplomats are exploring a host of measures that could minimise the impact of a US withdrawal from the international treaty and Sarkozy is unlikely to be the last political figure to back some form of carbon tariffs.