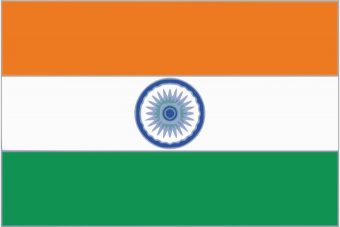 The Ahmedabad Municipal Corporation has announced plans to issue green bonds valued at ₹200 crore (~$31 million) in the financial year 2018-19. The proposal opens up a completely new avenue for municipal bodies in India to attract foreign funding.

Indian municipal bodies have been issuing bonds earlier as well but this would be the first green bond. These tax-free bonds usually attract funds from domestic investors looking to gain from their tax-free incentives.

The green bond issued by Ahmedabad Municipal Corporation is expected to be directed toward addressing the waste management issue the city, like numerous other Indian cities, is facing.

The Corporation plans to implement a bio-mining technique at the city’s landfill to reduce and recycle the waste being dumped there. Bio-mining helps in segregation of waste into recyclable and non-recyclable categories.

Some Indian cities have successfully implemented this technique to significantly reduce the amount of waste being finally dumped at the landfills.

With a huge emphasis of the Indian government on cleanliness and sanitation, several other cities and municipal bodies can take advantage of the booming green bonds market to attract funding for such activities.

The Indian government has mandated several public sector companies to launch green bonds worth at least $1 billion. Most of these bonds will target projects in the renewable energy and energy efficiency sectors.