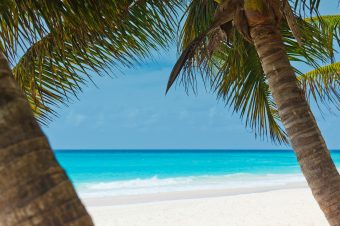 The mean temperature in Sydney was 2.8C above average in December, January, and February, according to the Bureau of Meteorology, and the three-day heatwave from 9 February to 11 was the hottest on record from Sydney to Brisbane, breaking records set in 1939.

It us the kind of weather event that would have been considered a one in 500-year occurrence before 1910, before global warming had a significant impact on the climate system, but had now become a one in 50-year event, according to a new analysis released on Thursday.

“In the future, a summer as hot as this past summer in NSW is likely to happen roughly once every five years,” the report said.

It could make Sydney a less liveable city, one of the report’s authors, Dr Sarah Perkins-Kirkpatrick, said. Perkins-Kirkpatrick is a research fellow at the University of New South Wales’ Climate Change Research Centre and said Sydney was unprepared for the knock-on effects of a significant increase in average summer temperatures.

“I grew up in Sydney, so I’m kind of partial to it, and we are actually starting to think, well, can we live here?” she said.

“To live here it’s going to take a lot more preparation that what we are used to, looking at the building codes, including things like full insulation and double-glazing. Sydney should start having these discussions now because that sort of situation is just going to occur a lot more often.”

Energy regulators warned last month that the electricity network was not equipped to supply enough power to cover the demand from air conditioners in Sydney for the the heatwave on 9 to 11 February.

At the same time the prime minister, Malcolm Turnbull, doubled down on comments linking a large blackout following storms in South Australia last year to renewable energy, against the advice of his department, saying it was a matter of “energy security” and a “wake-up call” for state governments trying to hit “completely unrealistic” renewable energy targets.

Perkins-Kirkpatrick said it was “extremely frustrating” to hear that debate in the face of the long-term climate data.

“I think people expect something to happen to encourage the to make this change, and that’s the problem – there hasn’t been that encouragement from higher powers to say, ‘ok, we are going to do something now’,” she said.

“It’s very, very frustrating that people who can help the situation and can give us a cleaner and a better energy source are not talking about it.”

Melbourne University’s Dr Andrew King, another author of the report, said that while Australia had experienced extremely hot days or extreme weather events in the past, the data showed the frequency and severity of those events had increased markedly in the past 20 years and would continue to increase unless drastic action was taken to reduce greenhouse gas emissions.

“Yes, people would have experienced 40C days several decades ago around different parts of Australia and in Sydney but we know that these incidences of very hot days are getting more frequent and we are setting more records for heat,” he said.

Australia broke 12 times more records for hot weather than cool weather between 2000 and 2014.

“The purpose of the analysis in this report is to raise awareness that climate change is already impacting on weather in Australia,” King said. “Hopefully it motivates action on climate change, because we know what the solution to climate change is.”