Climate change is threatening regional culinary traditions from Tabasco sauce to maple syrup, and now you can add champagne to that list. 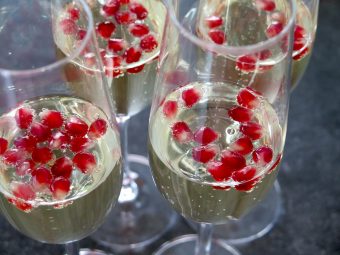 Warmer temperatures and earlier harvests in the famous wine-making region are producing grapes with less acid, and acid is important for both the aging process and the freshness of the famous sparkling wine, Bloomberg News reported Monday.

2018’s vintage will be the fifth to be harvested in August instead of September in the past 15 years and the region has been two degrees Celsius hotter than usual for the past six months, according to the Comité Champagne (CIVC) trade association.

But Malassange and his fellow winemakers aren’t ready to surrender their bubbly to rising temperatures.

Champagne makers have long added reserve wines to enhance the taste of their vintages. Now Malassange is specifically designing reserves to add “freshness” by preserving them using natural cork.

Others are covering soil with straw to preserve microbes in the soil and blocking the second round of fermentation in the wine barrel in order to preserve acidity.

Jean-Baptiste Lecaillon of famous champagne label Louis Roederer is also working to make grapes more resilient to warmer temperatures and the diseases and pests that they help spread.

Lecaillon expressed optimism about the growers’ ability to innovate in response to changing conditions.

“We invented bubbles to make up for unripe grapes. As farmers, our job, our life, our passion has been to adapt to climate change for hundreds of years. If the future heats up too much,” he told Bloomberg News. “We’ll just have to make Burgundy.”

The region as a whole, though, takes the threat of climate change very seriously. In 2003, it became the first wine-growing region to calculate its carbon footprint and take steps to reduce it, according to the region’s website.

The region’s wine growers succeeded in reducing emissions by 15 percent per bottle shipped.

However, climate change isn’t bad news for all sparkling wine makers. Across the channel in the UK, warming weather could make the country’s chalky soils ideal for vineyards that produce sparkling whites.

UK Environment Secretary Michael Gove even spoke with optimism this month of what warmer summers could do for the industry.

“One of opportunities of a changing climate is the chalky soil of parts of England, combined with the weather that we are having, means that English sparkling wine will have a bumper harvest,” he said, according to The Telegraph.