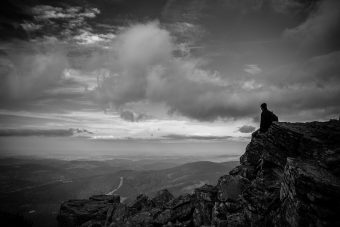 Climate change is likely to cause thousands of additional suicides in coming decades as the earth’s temperature soars, according to a new study.

Global warming has already been implicated in the spread of diseases ranging from malaria to heart attacks, but its impact on mental health is less clear cut.

Researchers examining the implications of a warming world for public health have found a worrying link between rising temperatures and declining mental health.

“We’ve been studying the effects of warming on conflict and violence for years, finding that people fight more when it’s hot,” said Professor Solomon Hsiang, a study co-author based at the University of California, Berkeley.

“Now we see that in addition to hurting others, some individuals hurt themselves.

“It appears that heat profoundly affects the human mind and how we decide to inflict harm.”

In their study, published in the journal Nature Climate Change, the research team charted historical temperatures and suicide data from vast swathes of the US and Mexico over several decades.

They found that across the counties and municipalities they studied, a 1C boost in monthly average temperatures coincided with suicide spikes of 0.7 per cent in the US and 2.1 per cent in Mexico.

Using this information, the scientists then employed data from climate models to calculate the impact a warmer world will have on future mental wellbeing.

They found that by 2050 suicide rates are set to increase by 1.4 per cent in the US and 2.3 percent in Mexico.

This effect, which amounts to an additional 21,000 deaths throughout the region, is roughly equivalent to the impact of an economic recession on suicide rates.

To support their conclusions, the scientists found that higher monthly temperatures were also associated with an increased use of depressive language such as “lonely” and “suicidal” on Twitter.

These effects did not differ based on either how rich the local populations were or how used to warm weather they were.

“Suicide is one of the leading causes of death globally, and suicide rates in the US have risen dramatically over the last 15 years. So better understanding the causes of suicide is a public health priority,” said Professor Marshall Burke, who led the research at Stanford University.

Professor Burke emphasised that hotter temperatures “are clearly not the only, nor the most important, risk factor for suicide”.