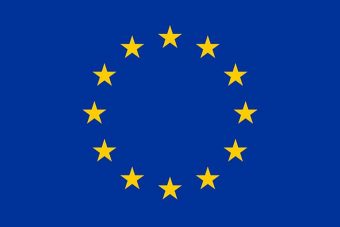 Defence, climate change and migration are the three issues topping the EU’s agenda this week, with discussions and a vote that could shape EU policies in the long run.

On Monday and Tuesday (26-27 September), EU defence ministers are in Bratislava for an informal meeting with plans to deepen the EU’s common defence policy on the table.

The issue has been set as a priority for the post-Brexit EU at the summit of 27 leaders on 16 September, but there are differences on how to make it in reality.   France and Germany have proposed an EU HQ as well as joint EU defence budgets, shared military satellite surveillance, and joint procurement of high-tech equipment. European Commission president Jean-Claude Juncker has proposed a European Defence Fund to finance research and development.

But some EU countries are opposed to the HQ idea, for fear that an EU command would weaken Nato. The UK itself has warned it would veto any such plans as long as it remains an EU member.

The issue will probably be discussed in Berlin on Wednesday (28 September), when German chancellor Angela Merkel meets French president Francois Hollande and Juncker.

On Friday (30 September), EU countries will try not to be left behind in the global fight against climate change.

Environment ministers will meet in Brussels to hammer out a joint statement with the European Commission in which they would commit to ratify the Paris Agreement as soon as possible.   After approval by the European Parliament early October the statement would allow the EU to be among the agreement’s signatories when they start discussions about how to implement the text.

Some 60 countries have signed the text so far. And after the US and China, the world’s two main producers of greenhouse emissions, did it too earlier this month, the double threshold of 55 countries representing 55 percent of global emissions could be reached soon and the first meeting of signatories could take place as soon as November.

What is at stake for the EU is to be at the table.

Only four EU countries have ratified the agreement – France, Austria, Hungary and Slovakia. The joint statement that ministers will discuss in Friday is aimed at bypassing the national procedures to allow the EU as a bloc to be a party to the Paris Agreement before the remaining 24 national ratifications are completed.