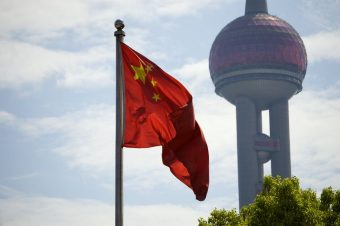 The partnership was hailed as “hugely significant” by the World GBC, given China’s position as the largest building construction market in the world, responsible for the construction of up to two billion square metres of building space each year. The country is expected to account for nearly half of new global construction over the coming decade.

The Chinese government is one of 90 countries to include its building sector in its Nationally Determined Contributions (NDCs) to the international Paris Agreement, with commitments covering energy efficiency, construction waste and low carbon urbanisation. It also aims to increase the share of new green buildings in urban areas by 50 per cent by 2020.

China GBC will therefore cooperate with other national Green Building Councils to leverage and share best practices. It has also committed to introducing a ‘nearly net zero’ standard for its Three Start rating system in 2018 as part of the World GBC’s Advancing Net Zero project.

As well as tackling greenhouse gases, the group will also focus on improving the impact of buildings on both indoor and outdoor air pollution.

“Just as China has sought to assert its commitment to combating climate change on the global stage, this partnership marks a new era in cooperation between the world’s largest green construction market and our community of Green Building Councils in over 70 countries,” she said. “We look forward to learning from their expertise and experience as we seek to create green buildings for everyone, everywhere.”

Due to Chinese regulations, officially China GBC is not a registered NGO and therefore cannot become a formal member of the World GBC, although the two organisations have agreed a “close partnership enabling China GBC’s participation in the global movement”.

Headquartered in Beijing, China GBC is operated as part of the non-profit research organisation Chinese Society of Urban Studies. To date 523 million square metres of buildings have been certified using its Three Star green building rating system, according to the organisation.

Professor Wang Youwei, chair of China GBC, said the organisation was “strongly committed” to driving the development of healthy and low-carbon developments across the country. “This partnership will enable China to learn from global best practices, share the progress we have made in China, and to accelerate our commitments made in the Paris Agreement,” he said.