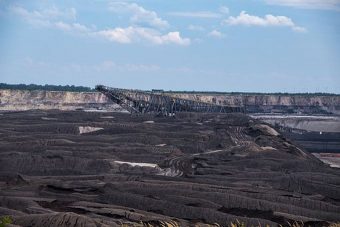 Around a third of all iron ore mining licenses in China will be cancelled as part of a bid to reduce associated emissions, and thus to reduce levels of the country’s deadly air pollution, an official from China’s mining association has announced.

Most of the iron ore mining licenses that will be cancelled belong to small, relatively heavily polluting mines, according to the report. Altogether, more than 1,000 licenses will be revoked, according to the chief engineer at the Metallurgical Mines’ Association of China, Lei Pingxi.

The comments, made at an industry conference apparently, included this explanation: “Some small miners who didn’t pay attention to environmental issues simply closed down temporarily to cope with inspections. However, these small miners will be forced to upgrade their production processes in order to survive, otherwise they will be cleared out.”

Reuters provides more: “Mining in places within natural reserves will also be banned, Lei said, citing regulations issued by the Ministry of Environmental Protection in July.

“The number of iron ore mines in China have dropped from more than 3,000 to around 1,900 in recent years and was continuing to fall, Peter Poppinga, executive director at top iron ore producer Vale said at the conference. … China’s raw iron ore is mostly low grade, with iron content of around 30 percent or less, compared with more than 60 percent for iron ore produced by international miners such as Brazil’s Vale.”

On that note, China’s iron ore output actually fell by around 3% in 2016, down to 1.28 billion tonnes. It seems likely that the recent announcement is related to this reality in numerous ways.