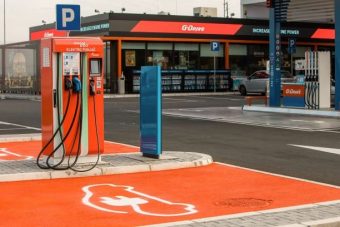 Do electric and hybrid vehicles belong to the future or are they reserved only for western, more advanced economies? However, if they are present here and now, such a standpoint is obviously wrong.

Countries around the world tailor their laws so as the electricity would become primary and even the exclusive fuel for vehicles. The most common means for achieving these aspirations are banning the purchase of diesel and gasoline vehicles, tightening regulations on exhaust gases, and restricting the movement of certain categories of vehicles due to their “polluting” properties. Also, the owners of electric cars enjoy other benefits such as exemption from import and purchase taxes, value-added tax and tolls. In certain countries, they can use the lane for buses and do not pay for parking.

Support packages make the total cost of owning an electric car lower than the cost of owning a conventional vehicle. What adds to their appeal is their lower price, improved capacity and performance of batteries, increased range thanks to a single charge, a wider choice of models and lifespan extension. By the end of 2019, the number of electric cars worldwide amounted to 7.2 million. For the purpose of comparison, in 2017, there were 17 thousand of them. However, this trend does not only include cars but it also “electrifies” both public transport and trucks.

Although Serbia has a reputation that it is always lagging behind the West, sustainable transport is slowly but definitely, being popularised in our country. As one of the levers for this progress, the Government allocated 120 million dinars (one million euros) to subsidy the purchase of electric and hybrid vehicles, to improve air quality and preserve the environment. About 200 registered electric cars are now cruising throughout our country together with 1,500 hybrids. For electric driving to come to life in this region, it is necessary to develop an appropriate charging infrastructure. To ensure that eco-alternatives to diesel and gasoline vehicles do not remain with “empty batteries”, we surely need electric chargers. Four Tesla superchargers, which were installed at the beginning of the year in the parking of Ikea department store in Belgrade, are in favour of replacing diesel and gasoline with electricity, as well as the announced expansion of charging capacities on domestic highways.

The company MT-KOMEX, as one of the leaders in the shift towards electromobility in our country, has recognised the need of the market for installed chargers to be connected in one integral set, so that drivers could find a place to recharge their electric cars more easily. As you might guess, unlike gas stations, there are no electric chargers on every corner. This idea has been put into practice in cooperation with the Finnish company Virta, which is the world’s leading vehicle-to-grid technology provider. This is how charge&GO has emerged as the first regional platform for charging electric vehicles, which will include neighbouring countries in addition to Serbia. MT-KOMEX encourages all interested companies to include their chargers in the charge&GO network. 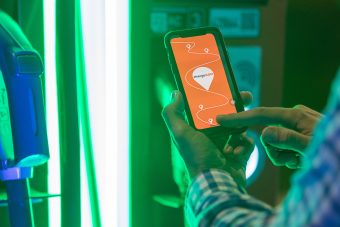 The software allows users to quickly find the nearest charger within charge&GO network, as well as vacant charging stations. In just a few clicks, electric car drivers can book the desired charger. They need to create an account on the platform for “booking”, and when they do, they get the opportunity to use other benefits such as lower price.

Unregistered users of charge&GO, use charging points for their four-wheelers with a one-time payment. Of course, there is always a possibility to register and use the platform with the mentioned benefits. As of October, a mobile app for iOS and Android mobile platforms is also available, which will make charging even easier since drivers will be able to start charging process faster and easier by merely selecting the charger on the map. Apart from the fact that users will be able to move around the country and the region without any worries, thanks to the cooperation of MT-KOMEX and Virta, they will have electric chargers in 28 countries around the world that are part of this global platform at their disposal. And without the additional cost of roaming!

Electromobility is not green without green energy

Even though electric cars do not emit greenhouse gases, many experts point out that these vehicles are an insufficiently clean alternative to diesel or gasoline vehicles in countries whose energy mix relies heavily on coal. Serbia is among them. Although electric cars do not emit pollution on roads, they indirectly participate in the emissions in Kostolac. MT-KOMEX is also trying to change that, by building more than 4,000 kW of small solar power plants across the country and region.

MT-KOMEX company offers its clients expertise, security, and reliability based on 27 years of experience. In the past ten years, they have gradually complemented their core business thanks to their participation in the branching of the charging network for electric vehicles, as well as in numerous power plant construction projects. Along with technological changes in various industrial sectors, they were also adopting new skills and knowledge. Employees are trained to install chargers, both in smaller residential and business units and in larger facilities with more demanding infrastructure, in parking lots, gas stations and corridors and highways. Their skills are evident, and it is enough to take a look at their portfolio – they earned the trust of car manufacturers and their representatives such as BMW, British Motors, Hyundai, Fiat, Renault as well as public garages, hotels, shopping malls and gas stations on Serbian highways. It is quite possible that you will also recharge your electric vehicle on their electric charger which you have reached through charge&GO platform. “We are sure of ourselves, and that is why you can be sure about us”, is the message of MT-KOMEX.