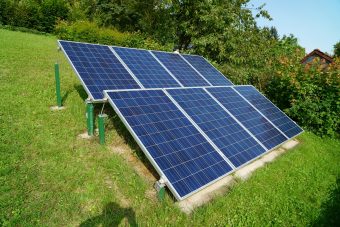 Energy giant Centrica has launched a new local energy market trial in Cornwall in a bid to test how a more distributed grid could help generation be managed closer to the point of demand.

The firm announced plans on Friday to develop a “virtual marketplace” in the area over a three year trial period, which will see participants use smart technologies to sell their flexible energy capacity to both the grid and the wholesale energy market.

The scheme plans to provide free smart technology upgrades to renewable generators, local businesses, and other large energy users and will work with them to install new energy storage units in a bid to help them to unlock new revenue streams. Further plans will see battery units and/or micro-combined heat and power (CHP) installed in up to 100 homes.

The £19m programme is being funded using a £13m grant from the European Regional Development Fund alongside investment from Centrica and the British Gas Energy for Tomorrow fund, while partners on the trial include Western Power Distribution, National Grid and Exeter University.

Centrica plans to open a new office in Truro, Cornwall, to house the 23 staff who will run the project.

Centrica said the programme has been developed in response to the global shift of focus from centralised generation to a distributed model where energy is generated and managed closer to the point of demand, often through renewable energy technologies.

The company hopes a more localised grid could help to reduce pressure on the main electricity grid, and provide a boost to renewables by ensuring output from intermittent sources of clean power can be maximised.

Cornwall has the second highest renewable capacity of any English county with over 760MW of clean energy capacity, following only Cambridgeshire which has almost 850MW. Over 70 per cent of Cornwall’s renewables capacity comes from solar, leading to surges in power output on sunny days.

“Cornwall has been at the forefront of harnessing renewable generation, but that has brought challenges to the local grid,” said Jorge Pikunic, managing director of Centrica’s team leading the project. “Our ambition is to explore how battery storage, flexible demand and generation can to reduce pressure on the UK’s electricity grid, avoid expensive network upgrades and support future decarbonisation.

“This is a unique opportunity for us to work together with local businesses and homes to unlock new approaches that can give consumers more control of their energy, both here in the UK and potentially around the world. I believe this is a clear example of how the energy landscape could look in future – a truly decentralised market where energy is smarter, greener and cheaper.”