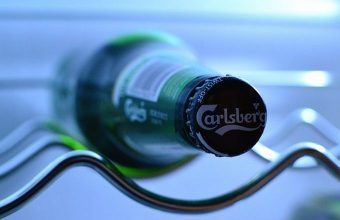 Global brewing company Carlsberg Group has this week announced the launch of its first carbon-neutral brewery in Sweden which is now powered 100% by renewable electricity.

Carlsberg Sverige’s (Carlsberg Sweden) brewery in Falkenberg, Sweden — which produces beer, soft drinks, and cider — is now powered 100% by biogas and green electricity, reducing the brewery’s carbon emissions from thermal energy and electricity to zero. While the Falkenberg brewery has been using green electricity for years — 26% of its thermal energy came from biogas generated from the brewery’s own waste-water — it has recently converted the remaining 74% of its electricity to biogas as well, thanks to local energy supplier Ørsted AB.

“For many, many years we have been working to create a more efficient brewery with as little impact on our environment as possible,” said Ted Akiskalos, MD Carlsberg Sverige. “This is clear when looking at how much we have reduced our energy consumption over the years. It is motivating that we now take a big step forward and use solely carbon neutral energy sources.”

The Carlsberg Group earlier this year joined 100% renewable energy initiative RE100 by committing to 100% renewable electricity in all its breweries by 2022, and aiming to become carbon neutral by 2030. Carlsberg’s new sustainability program — Together Towards Zero — is made up of four ambitions, including “Zero Carbon Footprint” which is intended to not only eliminate carbon emissions from all breweries but also includes achieving a 30% reduction in the beer-in-hand carbon footprint by 2030.

Further, Carlsberg Group has set an industry-leading 1.5 degree ambition thanks to help from the Science-Based initiative, and the Carbon Trust has highlighted the fact that Carlsberg is one of only three major companies which has set and approved targets with this level of ambition.

“Our work with Carlsberg has explored the range of options they will need to adopt in the coming years to evolve to a zero carbon brewer,” said Tom Delay, Chief Executive, the Carbon Trust.

“This will include adoption of innovative energy efficiency technologies, own renewable electricity and heat, as well as sourcing of renewable energy, such as biogas. Seeing this first Carlsberg brewery make this transition so soon is very encouraging and should be seen as a demonstration of how industries can embrace new technologies to mitigate climate change.”

“Climate change is perhaps the most important issue for our society today, both for citizens, governments and companies all over the world, and we are very pleased with the positive development in Carlsberg Sverige,” added Simon Boas Hoffmeyer, Sustainability Director, Carlsberg Group.

“This underlines our willingness to contribute to tackling climate change at the same time as governments are focusing on scaling and speeding up impact at the COP23 in Bonn these weeks. Carlsberg Group will continue to chase our ambitions and targets, as we strive to brew for a better today and tomorrow.”