A new review of carcinogenicity assessments of pesticide active ingredients shows 40 percent of them are not carried out in compliance with existing European guidelines, leading to possible continued exposure of farmers and consumers to cancer-causing pesticides. In 30 percent of the cases significant details were missing from the dossiers, raising uncertainties about how European authorities came to a conclusion. 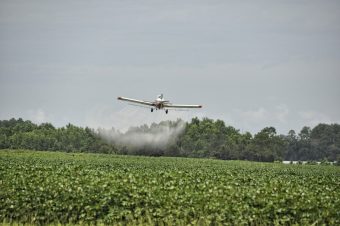 The report ‘Chronically underrated – A review of the EU carcinogenic hazard assessment of 10 pesticides’, released today by Pesticide Action Network (PAN) Germany and the Health and Environment Alliance (HEAL) analysed the carcinogenicity sections of the draft Renewal Assessments Reports (RARs) of ten pesticides. The review, performed by senior toxicologist Peter Clausing, focused on how the sections describing carcinogenicity studies in rats and mice in the EU assessment documents complied with the applicable guidelines and guidance documents of the EU and the Organisation for Economic Co-operation and Development (OECD).

“After discovering a considerable number of flaws in the carcinogenicity assessment of glyphosate, it was the logical next step to investigate whether similar problems occurred with other pesticides. Analysing these ten RARs has made it clear that at least three of the pesticides should have been classified as ‘presumed’ human carcinogens, rather than just ‘suspected’ human carcinogens”, explained Susan Haffmans, Senior Advisor on Pesticides at PAN Germany.

Our report shows that:

“The current rise of non-communicable diseases including cancer means that Europe cannot afford the health price of flawed pesticides classifications”, commented Genon K. Jensen, Executive Director of the Health and Environment Alliance (HEAL). “Committing to a rigorous implementation of European laws should be a founding block of reaching Europe’s zero-pollution objective to prevent diseases and protect people, starting with farmers, from substances toxic to their health.”

PAN Germany and HEAL call on the European Commission President-elect Ursula von der Leyen to pay particular attention to a more rigorous application of existing pesticide legislation and guidance documents. In her recent confirmation hearing at the European Parliament, the Commissioner-designate for Health Stella Kyriakides already agreed Europe needs to reduce dependency on pesticides and stimulate the take-up of low-risk and non-chemical alternatives.