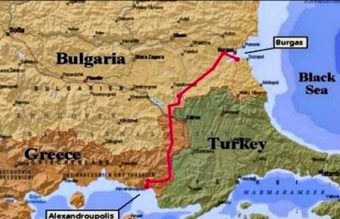 The start of construction on the gas interconnector between Bulgaria and Greece could be delayed by at least six months, a Bulgarian media report said on August 4.

Even though the project has been labelled repeatedly as a top priority by Bulgarian Prime Minister Boiko Borissov, most recently at the joint sitting of the Bulgarian and Greek cabinets earlier this week, several factors contributed to the delay in a project seen as key to reduce Sofia’s dependence on Russian gas supplies, news website Mediapool.bg said.

Shareholders in the project company have decided to await the completion of the market tests that will gauge interest in shipping gas through the new pipeline, according to Mediapool’s report, which quoted Assen Gagaouzov, the former regional development minister, who is a member of the project company’s board of directors.

Bulgarian Energy Holding (BEH), the umbrella corporation for state-owned energy sector assets, has 50 per cent in the project company, the same as IGI Poseidon, the joint venture between Greek operator DEPA and Italy’s Edison.

After the market tests are done, the company will apply for a loan from the European Investment Bank, hoping to secure favourable conditions, the report said. The project company is also awaiting the European Commission’s decision to allocate additional funding to the project, which is expected to be made at the start of 2017.

The European Commission allocated 45 million euro to the proposed pipeline in 2010, when it began emphasising closer ties between national grids in the wake of the Russian disruption of gas supplies a year earlier, and is expected to add a further 35 million euro under the Juncker investment plan, reports in Bulgarian media have said.

Initially, the inter-connector will have an annual capacity of three billion cubic metres, but current plans envision increasing it to five billion cubic metres at a later date. The pipeline will link Bulgaria’s gas grid in Stara Zagora to the Greek town of Komotini, a distance of 140km, and will cost an estimated 220 million euro.

In the long run, Bulgaria would like to see the inter-connector expanded to 20 billion cubic metres a year, allowing to serve as a key supply route for a regional gas hub, proposed by Bulgaria a year ago after Russia cancelled the South Stream pipeline in December 2014.

But even in its current form, the proposed inter-connector would allow Bulgaria to reduce reliance on Russian supplies, as it would be used to pump Azeri gas into the country. In 2013, Bulgaria’s state-owned gas company Bulgargaz signed an agreement to purchase one billion cubic metres of gas from the Shah Deniz 2 gas field once it begins deliveries to European customers in 2019.

It could also be used to ship gas from Greece’s liquefied natural gas terminals – the existing one at Revithoussa near Athens and the planned one at Alexandroupolis in northern Greece.