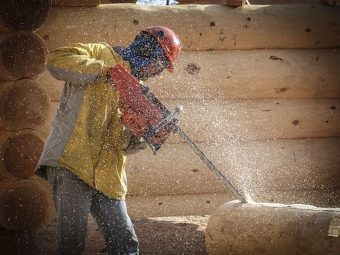 In a letter to the Secretary of State coordinated by WWF, leading building firms such as Arup and BAM Construct UK have called on the government to address the gap in its low carbon buildings policies, describing it as one of the weakest areas of government action on tackling climate change.

The letter highlights cuts to government’s home insulations schemes, the demise of the Green Deal, and the 2015 decision to scrap the Zero Carbon Home standard for new buildings. It warns emissions from buildings have remained flat in recent years, while those from other sectors such as electricity generation have fallen.

The group is calling on the government to deliver its long-awaited emissions reduction plan, which is required under the Climate Change Act and had originally been scheduled for publication at the end of last year.

The wide-ranging plan is meant to set out how the government intends to meet emissions reduction targets through to the early 2030s. But the letter watns that without a clear set of policies to decarbonise the built environment, the UK risks over-shooting its statutory climate targets by 23 per cent in 2025.

As such, the industry group is calling for the Plan to provide certainty for the UK’s low carbon buildings sector and to “seize the economic benefits” of utilising improvements in building technology to drive down emissions.

Signatories suggest a national programme to bring all of the UK’s coldest and leakiest homes up to an energy efficiency performance rating of ‘C’ or above could cut emissions and generate 100,000 new jobs in the construction and service industries.

Specifically, the letter urges the government to draw up ambitious policies to encourage householders to make energy efficiency improvements to their homes and better support the transition to low carbon heat technologies through investment in the wider installation of heat pumps and district heating schemes.

Other low carbon building actions recommended in the letter include grants and zero interest loans for home energy efficiency measures and a commitment to the requirement set out in the EU Energy Performance in Buildings Directive that all new buildings must by ‘nearly zero energy’ by 2020.

“The low carbon economy represents a huge opportunity for UK businesses, so it’s no wonder that they’re desperately looking for longer term clarity that will enable them to invest in the technologies that we know can help to tackle climate change,” he said.

“Decarbonising our buildings, done properly, will stimulate the economy, increase employment, reduce energy bills, enhance the UK’s energy security, and help the UK to honour its climate commitments,” Jofeh added. “This is an opportunity for all of us to shape a better world for future generations.”

A spokeswoman for the Department for Business, Energy, and Industrial Strategy (BEIS) declined to set a publication date for its promised Clean Growth Plan, but said it would set out action for cutting emissions across all sectors of the economy throughout the 2020s.

The spokeswoman also highlighted government measures such as minimum energy efficiency standards for private rental properties which are due to come into force in April 2018.

“The government recognises that better energy efficiency can help the transition to a low carbon economy and significantly improve quality of life,” a BEIS statement said. “We’re committed to tackling fuel poverty and our current reforms will help insulate 1 million homes across Britain by 2020.”