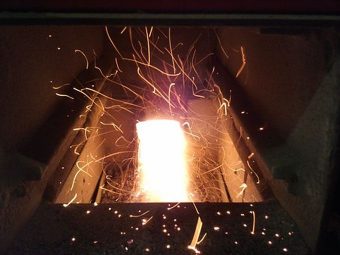 The burning of biomass in the Amazon releases particulate matter air pollution that causes oxidative stress as well as severe DNA damage in human lung cells — primarily through the actions of the polycyclic aromatic hydrocarbon (PAH) known as retene — according to a new study published in the journal Scientific Reports.

The new study, performed by researchers in Brazil in partnership with US colleagues, found that after 72 hours of exposure, over 30% of cultured human lung cells die.

The new study is notable because most research to date focusing on air pollution has been based around urban area pollution — which originates primarily from the burning of fossil fuels — even though around 3 billion of the world’s current human inhabitants are regularly exposed to the air pollution from biomass burning of various kinds.

Much of the Brazilian Amazon region is regularly exposed during the dry season to high levels of pollution from biomass burning, mostly owing to deforestation and various agricultural practices and land clearing. The new study thus focused on the region as a real-world laboratory in which to investigate the effects of particulate air pollution released by biomass burning on human health.

Green Car Congress provides more: “The researchers first determined the concentration of pollutants to be used in the lab experiments designed to mimic the exposure suffered by people who live in the area of the deforestation arc. Using mathematical models, the researchers calculated the human lung’s capacity to inhale particulate matter at the height of the burning season and the percentage of pollutants that is deposited in lung cells. Based on this theoretical mass, they determined the concentration levels to be tested using cultured cells.

“The pollutants used in vitro were collected in a natural area near Porto Velho, Rondônia, during the burning season, which peaks in September and October. The filters were frozen shortly after the particulate matter was collected because the organic compounds found in the pollution plume are highly volatile.

“The cultured cells treated with the solution were compared with a group of control cells, which received only the solvent used to extract pollutants from the filters. The aim was to confirm that any adverse effects observed were caused by the particulate matter and not by the solvent. In the very first moments of exposure the lung cells began producing large amounts of pro-inflammatory molecules. Inflammation was followed by an increase in the release of reactive oxygen species (ROS), substances that cause oxidative stress. Large amounts of ROS cause damage to cellular structures.”

Following this, the researchers then conducted tests to confirm that genetic damage was occurring — with the findings being that cells were also entering a process of autophagy, whereby internal structures were being self-consumed.

When exposed to the biomass pollutants cell mortality was found to be around 33%, as compared to just 2% in the control cells. Surviving cells were found to have suffered DNA damage.

Afterwards, the researchers then tested the most abundant PAH amongst the pollutants released by biomass burning, retene — finding that retene on its own (at the same levels as this found in the air near biomass burnings) was able to induce DNA damage and cell death.