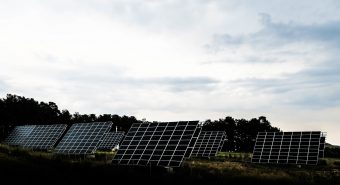 President and chief executive Preeyanart Soontornwata said power generated from the new plants has been sold to the Provincial Electricity Authority (PEA) and has created 500 million baht in revenue for the company since the middle of this year.

She said power generation from renewable energy, such as solar, wind, biogas and biomass, has increased significantly in Thailand over the past three years.

As of March 2016, Thailand was producing a total of four gigawatts of electricity from renewable energy, of which about 1.5GW was solar power, which is expected to reach 3GW by the end of the year.

That means that solar power will account for more than 5% of the country’s total power supply.

B.Grimm Power has developed solar power plants in high sunlight areas in Bang Len and Don Tum districts in in Nakhon Pathom province, and Sena district in Ayutthaya province, with a combined capacity of 59.7MW.

The company’s other solar power plants in Nakhon Pathom, Saraburi and Sa Kaeo provinces have a combined capacity of 54.5MW.

Electricity is sold to the PEA via 22 kilovolt and 115kV transmission lines connected to the PEA’s substations.

“Electricity generation from solar energy is an important project for B.Grimm Power that not only strengthens our business but also promotes the development of renewable energy in Thailand to reduce the reliance on imported energy and carbon dioxide emissions, which is a primary cause of global warming,” Ms Preeyanart said.

Ms Preeyanart said B.Grimm Power has invested 8 billion baht in the 15 solar power plants, which together occupy a total of 1,670 rai of land in four provinces, with a combined generating output of 114.2MW.

It recently signed another contract to raise its total capacity both domestically and overseas to 2,383MW.

B.Grimm Power, which has set a target capacity of 5,000MW, is conducting feasibility studies and seeking opportunities in Indonesia, Vietnam, Cambodia and the Philippines. The long-term goal is to increase renewable power generation from 10% to 25-30% of its overall capacity.