Power stations in Victoria’s Latrobe Valley and New South Wales’s Lake Macquarie region have been named on a list of the world’s biggest hotspots for toxic air pollution. 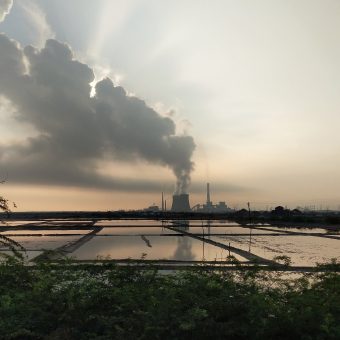 A new report by Greenpeace, published on Monday, used satellite data published by Nasa to analyse the world’s worst sources of sulphur dioxide (SO2) pollution, an irritant gas known to affect human health and one of the main pollutants contributing to deaths from air pollution worldwide.

The greatest source of SO2 in the atmosphere is the burning of fossil fuels in power stations and other industrial facilities.

Australia ranks 12th on a list of the top-emitting countries for human-caused sulphur dioxide emissions and is singled out in the report for air pollution standards that allow power stations to emit sulphur dioxide at higher rates than in China and the EU.

It comes as state and federal environment ministers are reviewing Australia’s air pollution standards for sulphur dioxide, now 11 times higher than what is recommended by the World Health Organisation.

India, China and Russia rank first, second and third respectively in the Greenpeace report for emissions of SO2 in 2018.

The report also ranks the worst individual sources of toxic emissions, with two locations in Australia appearing in the top 50, and a further two inside the top 100.

The biggest source of SO2 pollution in Australia is a complex of mining operations with copper, lead and zinc smelters in Mount Isa in Queensland. This site ranked 32nd in the report, producing 207 kilotonnes of sulphur dioxide emissions in 2018, according to the analysis.

The Yallourn, Loy Yang A and Loy Yang B power stations in Victoria’s Latrobe Valley ranked 49th at 151 kilotonnes.

The Vales Point and Eraring coal-fired power stations in the Lake Macquarie region of NSW ranked 79th, and the Liddell and Bayswater power stations near Muswellbrook in the Hunter Valley 91st.

In Sydney alone, more than 100 premature deaths a year are thought to be caused by pollution from coal-fired power stations. Nationally it’s more than 4,000.

“Australian coal-burning power stations are polluting at levels that would be illegal in China and most other parts of the world,” said Jonathan Moylan, a campaigner with Greenpeace Australia Pacific.

Sulphur dioxide can cause health problems including heart and lung disease, and asthma.

Ben Ewald, a doctor with Doctors for the Environment Australia, said there were places in Australia that had “a serious SO2 problem” and limits were set well above what was needed to protect human health. He said the same was the case for nitrogen dioxide, another airborne pollutant.