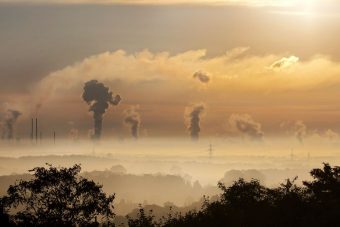 Atmospheric methane levels rose fairly rapidly in 2016, as did atmospheric carbon dioxide levels (which saw the yearly average rise up to 403.3 parts per million), according to a new report from the World Meteorological Organization (WMO).

The scientists involved in the report claim to not know why atmospheric methane levels are rising rapidly, interestingly — making for a good example of the way that climate change communication from researchers is often comically reserved and thus hobbled.

It’s no true mystery why atmospheric methane levels are rising. Though the exact mechanisms and sources may well have not been definitively identified, broad reasons can certainly be inferred — melting permafrost, thawing sea beds, and in a more generalized way, simply rising temperatures and increasing rot, amongst other things, are likely all playing a part.

Engadget provides more: “The WMO’s report also points to a mysterious rise in the levels of methane in the atmosphere, which were also higher than the 10-year average. Speaking to BBC News, Professor Euan Nisbet from Royal Holloway University of London said this was not expected in the Paris Agreement. ‘We do not understand why methane is rising … It is very worrying.’”

It’s hard to know what to make of comments like that … or perhaps I’m not being fair here.

Notably, the new figures relating to the current rate of atmospheric carbon dioxide and methane levels rises suggest that official climate change targets are impossible to achieve without a vast and rapid change of directory.

WMO Secretary-General Petteri Taalas stated: “Without rapid cuts in CO2 and other greenhouse gas emissions, we will be heading for dangerous temperature increases by the end of this century, well above the target set by the Paris Climate Change Agreement. Future generations will inherit a much more inhospitable planet.”