The River Thames has become a ‘wild west’ unbound by new laws to clean up the city’s roads, say campaigners.

A huge new cruise ship terminal planned for the River Thames would lead to a surge in dangerous levels of air pollution in the heart of the capital with unknown health consequences for hundreds of thousands of people, campaigners have warned.

Under the proposals, which have been given planning permission, up to 55 giant cruise ships would dock in London every year. Each ship would need to run its diesel engines round the clock to power onboard facilities, generating the same amount of toxic NO2 emissions as almost 700 continuously running lorries.

“As we find out more about the damage air pollution is doing to people’s health it is unthinkable that something like this can go ahead,” said local resident Laura Eyres, who is one of those leading the fight against the development. 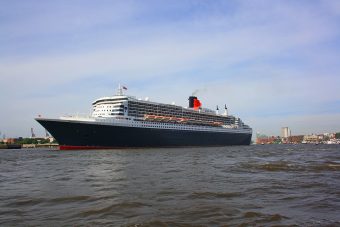 “There is simply no justification for having these huge ships sitting here right next to busy residential areas and schools, belching out this level of pollution with all the associated damage to people’s health that have now been proven.”

Residents want it to be “zero emissions”, only allowing ships that can plug into an onshore power point so they can turn off their polluting diesel engines.

Eyres said: “With 55 cruise ships planned annually and each staying for three days we face huge amounts of sulphur dioxide, nitrogen dioxide and particulate matter being released into our homes every day of the summer with potentially devastating health implications.”

One of the big cruise ship companies, Viking, said its ships were already fitted with the “latest technology that meets the strictest environmental regulations”.

A spokesman added: “If shore side power were available then we would consider using it. In fact, we are already prepared to use shore power. Our newest ship, launched this year, has a built-in connection, and we are updating our other four ships to use shore power in order to have the capability fleetwide.”

Campaigners wrote to Morgan Stanley earlier this month raising their concerns again and arguing the current plans were at odds with the company’s stated commitment on environmental sustainability.

A spokesperson for the company said it had received the letter and was working on revised plans for the development.

“We acknowledge East Greenwich Residents Association’s concerns and can assure [them] that our new proposals will take these concerns into account.”

However, Eyres said local residents needed more than encouraging words. “We can’t rest until we see a concrete commitment from Morgan Stanley that their plans for a polluting cruise port are dead in the water.”

There has been growing concern about the scale of the air pollution crisis in recent months. A slew of new research has highlighted the health risks associated with toxic air – from reduced intelligence to a rise in asthma deaths; heart disease to spikes in alzheimer’s and dementia.

In London, the mayor, Sadiq Khan, has announced a range of measures including plans to introduce a low emissions zone banning the most polluting road vehicles from a large swathe of the city from 2021.

However, the River Thames does not fall under his jurisdiction and campaigners fear it has become a “wild west” in terms of air pollution.

“The fumes that are emitted on the river simply would not be allowed if they were coming from a road in London,” said Eyres. “It is really worrying to think what damage these fumes are causing local residents, and if the new terminal goes ahead that is only going to get a lot worse.”

The Port of London Authority (PLA) controls traffic on the Thames and admits the “marine sector” has lagged behind in terms of tackling air pollution.

However, it says it is catching up and earlier this year it produced its first air quality strategy. It points out that the Thames is only responsible for 1% of London’s air pollution and says emission levels will improve in the years ahead as clean marine technology comes into force.

Martin Garside from the PLA said it was working with the the mayor and local authorities to “to secure strong environmental standards”.

He added: “With a single barge carrying the loads of 50 lorries – the Thames helps reduce traffic and pollution on London’s congested roads. Over four million tonnes of cargo is transported between river terminals – removing about 300,000 lorry movements from the roads.”

The proposed new cruise terminal at Enderby Wharf in Greenwich is owned by Morgan Stanley, which was given planning permission for the terminal and wider residential development by Greenwich council in 2012 and updated permission in 2015.

Now the council has changed its mind and is backing campaigners’ calls for Morgan Stanley to come up with a greener alternative for the cruise terminal. 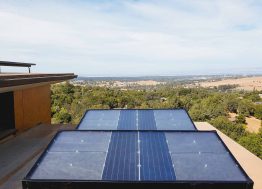 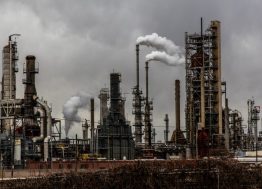