Two years ago, Adidas jumped into the sustainable apparel market to clean up toxins in their shoes and help prevent ocean pollution. They announced in March that they reached a milestone of one million sales last year and expect to see that number increase this year. 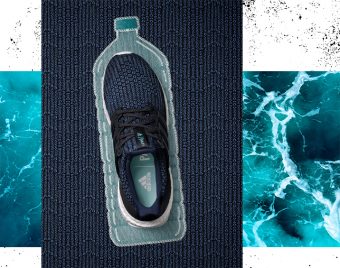 Adidas teamed up with Parley, an organization that collaborates with various companies to help protect our oceans. They supply material needed for the shoe company to create sustainable products. Products were now packaged in paper instead of plastic bags and microbeads were eliminated from the manufacturing process.

The collaboration was initially going to be on a limited run basis, but Adidas has since gone all in. Last May, they released a new line of Boost running shoes and apparel that would be created from plastics and fishnet fibers. 11 plastic bottles are repurposed to create the laces, heel linings, and sock liner covers of the shoes.

Company CEO Kasper Rorsted told CNBC last week that they sold one million shoes. Last April, the company was scheduled to switch over to 100 percent sustainable cotton by this year, they removed 70 million plastic shopping bags since switching over to paper, and Parley was going to help out with new Adidas uniforms in Major League Soccer.

Within the next six years, Adidas wants all of their products to be created from plastic that would otherwise have been put into the ocean. According to Racked, they expect five million pairs of recycled shoes to be sold this year, but that’s a very small fraction of the 450 million they sell on an annual basis.

Eric Liedtke, head of global brands at Adidas, told The Current Daily that the goal is a “moonshot” and that five million pairs is “a drop in the bucket.” However, he believes that it’s time for no new plastics to be made at all. While it was a good invention, “it was made to never go away, so all that has been made is still floating around the world today.”