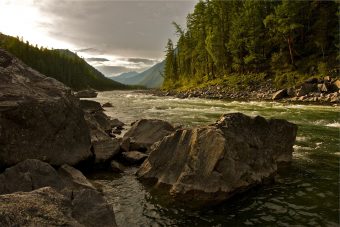 Each year Global Greengrants Fund makes over 700 grants to environmental activists around the world, helping to support grassroots initiatives to protect the planet and the rights of the people who call these natural places home. Here are three exciting projects they’ve supported recently.

Peat is an accumulation of partially decayed vegetation, and is the most efficient carbon sink on the planet. The expansion of palm oil plantations in the Jambi province of Indonesia has recently led to extensive deforestation, damage of the peat forests, and loss of local indigenous territory to corporations.  Jaringan Masyarakat Gambut Jambi will use $5,000 to mediate social conflicts, document community land claims, and address the destruction of peat forests by oil palm, and pulp and paper corporations.

In West Africa oil extraction is causing environmental degradation, pollution from gas flaring, and negative impacts on the quality of local food and soil. Oil Watch Africa Network will use $8,000 to educate and organize 2,500 people in eight countries to resist the expansion of exploitative fossil fuel projects and encourage the adoption of alternative energy systems.

In Mexico traditional farming has been replaced by practices that rely on of the use of highly toxic pesticides. Jittoa Bat Nataka-Weria supports projects that preserve the cultivation of traditional medicinal plants and other native species without the use of pesticides. Using $5,000, members of the group will attend the International Indian Treaty Council’s Pacific Taro Food Sovereignty Conference to increase awareness of the devastation caused by toxic pesticides, and to promote the revival of traditional food crops and medicinal plants.