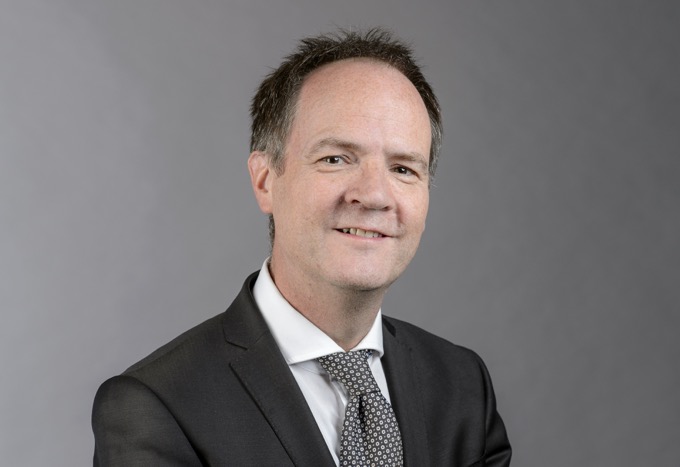 With its unspoilt nature, clean lakes and rivers, Switzerland has had a healthy advantage for reaching the highest position in a category concerning ecology. What nature has unselfishly given to this country, nestled in the fairy-tale landscape of the Alpine massif, the Swiss are trying to preserve by applying regulations in various sectors and whose integral part is an aspiration to conserve the environment. In addition to the Federal Constitution, which in its articles on nature and cultural heritage protection, on agriculture and implicitly on spatial planning and forests defines a way of preserving nature and landscapes, Switzerland has adopted five laws mainly associated with nature and landscape that contribute to the realisation of constitutional mandates. We asked Philippe Guex, the ambassador of Switzerland to Serbia, how much the Swiss are satisfied with the accomplished level of environmental protection.

EP: What are the most important measures which have been taken by the society and government to preserve the pristine landscapes Switzerland is famous for?

Philippe Guex: The Federal Act on the Protection of Nature and Cultural Heritage (NHG; SR 451) defines the duties of the Confederation to conserve the landscape, local and historical sites, and natural and cultural monuments or to preserve them undiminished where the general interest prevails. The Federal Acts on Spatial Planning and Forests also regulate the area of nature and landscape protection, and the Federal Act on Agriculture (LwG; SR 910. 1) mandates the federal government to ensure that agriculture makes a significant contribution to maintaining the cultural landscape. Direct payments help to achieve this goal. Besides, the Federal Act on the Protection of Waters (GschG; SR 614. 20) aims also to preserve and enhance waters as landscape elements. Despite all these efforts, however, landscape quality in Switzerland is still declining (FOEN 2017). 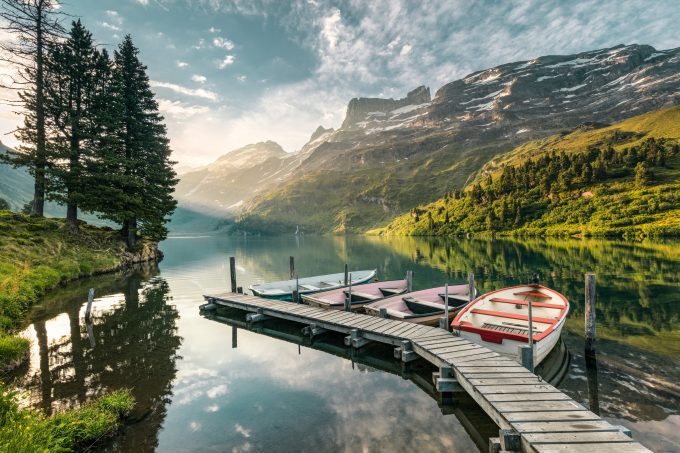 EP: Swiss citizens happen to be champions of recycling. They have been giving a second life to around 90% of glass, over 90% of aluminium cans, over 80% of PET, etc. How long did it take to achieve this high citizens’ response and how much did it reduce the need for and the capacity of landfills?

The most important act for the reduction of the need for landfills was the interdiction of the landfilling of combustible waste (e.g. municipal waste) by law in the year 2000. Today, municipal waste has to be recycled or incinerated in Municipal Solid Waste Incinerators by the recovery of energy and metals from the residues of incineration.

About 80 per cent of the drinking water originates from groundwater resources. About 40 per cent is consumed without any treatment, about 31 per cent after a UV-disinfecting or another single step treatment

EP: Not so long ago we heard about electric-powered carriages (horse and electric power combined) in Avenches which were introduced for garbage and old paper collection. What are the benefits of their usage and has their use become common in other municipalities too? 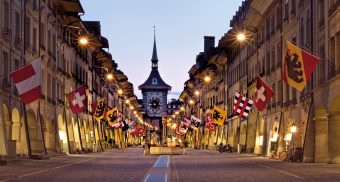 Philippe Guex: The prototype electric-powered carriage was presented in Avenches during the summer of 2012. Aims are to promote the engagement of horses for community tasks such as garbage or old paper collections. The electric carriage functions the same way as an E-bike; suggesting that once the horse loses power the E-carriage kicks in! This apparently supports the horse in its efforts and perseverance. Of course, the innovative project also presents an ecological, practical and noise-free solution for suburban traffic. Some common tasks, garbage collection, for example, consume large quantities of hydrocarbon, as the motorised vehicles used to carry out the task constantly stop and go, then pick-up speed only to break, stop and go once again just around the corner. With the possible use of E-carriages, tradition would thus merge with technology.

EP: Switzerland is the most environmentally friendly country in the world according to the World Economic Forum, with substantial use of renewable energy resources. What percentage of electricity produced in Switzerland comes from renewable sources? 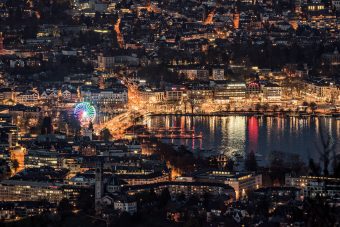 Switzerland has the sixth highest share of renewable energy in electricity generation among the member countries of the International Energy Agency (IEA) thanks to large hydropower generation. The share of hydropower is the fifth highest after Norway, Austria, Canada and New Zealand.

In 2017, the Swiss people voted on a legal package to implement the Energy Strategy 2050 and to phase out nuclear power gradually in the coming decades. Retired nuclear capacity will be replaced by more renewables and electricity trade, while electricity demand will be stabilized by higher efficiency while maintaining low carbon generation and the high standards of supply security. A further set of market reform measures and a recast of the CO2 Law are currently being prepared to set the country on course for its 2030 climate target.