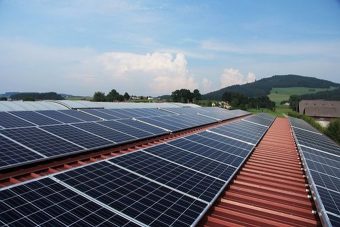 About 20,000 schools in the province of Punjab in Pakistan will convert to solar power, according to government officials.

The project will kick off in Southern Punjab schools and expand in phases across the province, according to a local report.

The Asian Development Bank and France’s AFD Bank are backing the program, Cleantechnica reported. This is the first program of its kind in the country.

In Pakistan, nearly half of all residents are not connected to the national grid. Residents who are connected to the grid regularly experience rolling blackouts and power outages. And the problem is only expected to get worse in the coming years.

Renewable resources can help mitigate this growing energy crisis. Pakistan happens to be rich in solar, as the Express Tribune described:

“With eight to nine hours of sunshine per day, the climatic conditions in Pakistan are ideal for solar power generation. According to studies, Pakistan has 2.9 million megawatts of solar energy potential besides photovoltaic opportunities.

“According to figures provided by FAKT, Pakistan spends about $12 billion annually on the import of crude oil. Of this, 70 percent oil is used in generating power, which currently costs us Rs18 per unit. Shifting to solar energy can help reduce electricity costs down to Rs 6-8 per unit.”

Solar energy has made great strides in Pakistan in recent years. In February 2016, its parliament became the first national assembly in the world to be powered entirely by solar energy. The legislative body, known as the Majlis-e-Shoora, is in the capital city of Islamabad.

One of the world’s largest solar farms is currently under construction in Punjab. Developers of the 1,000-megawatt Quaid-i-Azam Solar Park in Bahawalpur have already added hundreds of megawatts of energy to the national grid.