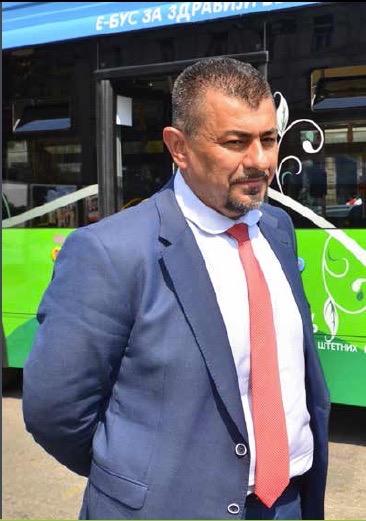 Five electric buses represent heralds of progress that will significantly contribute to the reduction of harmful gas emissions in the future. One should not forget that the road leading to the realization of any significant project starts with a good idea and adequate support – says Željko Milković, General Manager of Public Utility Company City Public Transport “Belgrade”.

When Belgrade received the first line of city transport with five electric buses last September, we could read in the news that Serbia became the first country in Europe with such a city line. Although the introduction of electric buses is a very important move that deserves media attention, our interlocutor Željko Milković, explained to us that electric buses have been running through European cities for some time already, but with batteries.

EP: It is true that we are unique in the fact that electric buses with capacitors were put into operation on a city line for the first time. Why did you decide to get them?

Željko Milković: The concept of the operation of our electric buses is significantly different from the one with batteries. We chose capacitor’s drive because the differences are obvious: the battery requires more time for charging than the capacitor and its weight for a standard 12 m bus is 2.5 to 3.5 tons, while the capacitor weighs 90 kg. This actually means, that our bus has a bigger capacity for 15 passengers. In addition, batteries must be changed every four years, and although we do not know what the lifespan of the capacitor is, we are still covered by a 10-year warranty. When you consider the service life of a bus that ranges from 12 to 14 years, we are probably not going to change capacitors, while batteries would have to be replaced three times for the same period of time. The battery costs 15,000 to 20,000 euros, so the additional cost would be 60,000 euros per bus. Capacitors originated from military technology and the Russians first started using them because of many advantages. Over the past ten months, we have been convinced that electric buses with capacitors are reliable in traffic.

EP: Why, then, other cities have electric buses with batteries?

Željko Milković: It takes seven hours for charging batteries. We cannot provide this because the vehicles work 22 hours, so we have only 2 hours for charging. Furthermore, we would have to install plug-in chargers in the garages, which would mean that we need to eliminate one shift and reduce the traffic. Imagine a hundred buses, a hundred charging points, a hundred plug-in sockets. But even that is not disputable, in comparison with the fact how difficult it would be to carry out the power supply of the bus. Imagine turning on 100 chargers at the same time. This requires a hydropower plant, a system that can support such charging needs, then two substations, and each costs two million euros. And all this just to power 100 buses. Therefore, the battery-powered system can be introduced only in cities with fewer buses.

EP: The decision of introduction of electromobility in public city transport was obviously a good one. Nevertheless, not every innovative idea gets support. How did you succeed in this?

Željko Milković: The Secretariat for Environmental Protection and current Minister of Ecology Goran Trivan were our main support. They financed the procurement of buses and equipment and the Mayor Siniša Mali also liked the idea. It took 13 months to complete the project. From the company Chariot, which imports and distributes the buses of the Chinese manufacturer Higer, in Europe, we bought vehicles with capacitors of the Chinese company Aowei.

The Chinese go a step further Aowei has introduced a novelty in the way of charging buses and it is currently being tested in the factory. By using this new technology, the bus, or the roof pantograph, should be charged while driving with a 1 km long slider and to which each vehicle is hooked, so it is charged and driven at the same time and then it goes off the slider and continues with driving. This has upgraded the existing charging system, which resulted in the fact that not even former 5 minutes are lost for charging buses. It is just a matter of time when we will see this on the streets of a metropolis.

EP: Are you satisfied with the charging speed of capacitors and the length of the road that a bus can cover from one place to another with a charger?

Željko Milković: The length of road that a bus can cover with charging that lasts five to eight minutes, depending on the consumption and the amount of traffic, is 22 km. Currently, for a line that is 8.7 km long, the reserve of 35 to 38 percent of capacity remains, considering all possible unforeseen circumstances in traffic. This capacity is quite sufficient, although Aowei, a capacitor manufacturer, has already increased its capacity and now has a range of 36 km. Buses with these new capacitors, which are charged in about 2 minutes, are being tested in Graz. 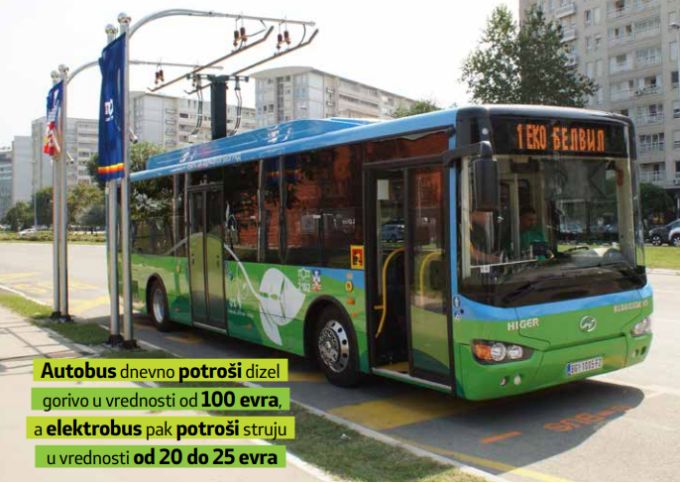 EP: What was the main goal you strived for when you came up with the idea of introducing this type of transport in Belgrade?

Željko Milković: Our goal was to take the first step and introduce electric buses into the city traffic in Belgrade. Every start is difficult, but the benefit of this move is multiple. With a larger number of electric buses, we will reduce the emissions of harmful gases, we will contribute to the protection of the environment in the city, and the savings in energy consumption is also significant, because only one bus per day consumes diesel fuel in the amount of 100 euros, while the electric bus consumes electricity in the value of 20 to 25 euros. So, when you multiply these amounts by the number of buses and years of exploitation, the calculation is clear. Electric bus pays off in the sixth year and from 6th to 12th year we have a pure profit. Therefore, at first, the investment is bigger, because the electric bus is three-times more expensive than the diesel one, but in the long run, the electric bus is a better choice. Likewise, we have the ability to acquire practical knowledge of how this advanced technology is used. Apart from our engineers, future experts who are studying at our universities today and who do not have enough experience with new technologies, have the opportunity to improve their knowledge. I want to invite professors from the Faculty of Electrical Engineering to bring their students to the workshops we organize and to interest them in this topic.

EP: Do you plan to purchase more electric buses and on which lines would they operate?

Željko Milković: Considering the positive experience, we will surely get more electric buses. Four out of the five buses are in traffic, and we use the fifth for testing. We monitor the consumption and all other parameters and when we get everything done, we will present the project to the Mayor. The idea is to slowly replace trolleybuses with electric buses, although it is considered to have the biggest benefit when a diesel bus is replaced with the electric one. Although a trolleybus is excellent, it has its limitations: getting around depends on the grid which has high maintenance costs, and the grid itself spoils the appearance of the city. The electric bus is independent of the grid and is certainly cheaper when it comes to costs. So far, we are performing tests on trolleybus lines 29 and 41 and we plan to introduce more of these vehicles on other bus lines. Chargers are set up quickly and the project for trolleybus lines is ready. The only problem is the power supply and we expect “Electric Power Industry of Serbia” to support us and enable us to connect to the electricity grid because with a growing number of electric buses and chargers there is a need for substations. We took two types of chargers to test them. The charger in Belville is charged from the grid with 380 V voltage, and the charger at Vuk station is powered by a 650 V voltage from the tram network. In this network we have large peaks, so in comparison with standard 600 V voltage, the peaks can reach from 1200 to 1500 V. It is difficult to protect devices in peak currents, fuses and switches are needed and turned on. The complete tram network has 21 old substations, the oldest ones are from 1936. Investments in new mobile substations of container type are necessary and the price of one is about two million euros. To conclude, the acquisition of electric buses is not a problem, because of Higer, a Chinese manufacturer of electric cars, produces 70 pieces a day. We need a system solution for power supply.

EP: In your opinion, what would be the measure that could have the greatest effect in Belgrade in the field of environmental protection when it comes to vehicles and driving in the city?

Željko Milković: Since all public and private transport in Belgrade takes place through narrow streets of the city with congested traffic, especially in the rush hour, it is necessary to complete the construction of the internal main ring, as well as to start building the metro. It is also necessary to limit the entry of passenger cars in the city centre, but only when we have a good alternative to public transport, such as the metro. Until that happens, we have already taken steps and I am sure that by introducing electric buses we have set up a sound basis. Now, further development is possible.