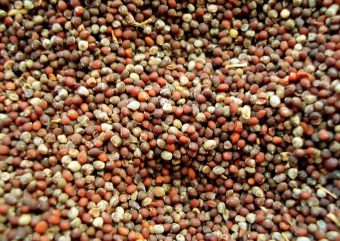 The world’s first biofuel flight between the United States and Australia landed in Melbourne after a 15-hour trip. The Guardian reported the blended fuel was 10 percent derived from brassica carinat, which Qantas describes as a “non-food, industrial type of mustard seed.” They said the use of blended biofuel in the flight would save about 18,000 kilograms, or around 39,683 pounds, of carbon emissions.

Brassica carinata works as a fallow crop, meaning it can be cultivated between regular crop cycles, per The Guardian. Qantas said the crop can be sown in fallow areas, and is water efficient.

Steve Fabijanski, CEO of Agrisoma, the agricultural-technology company behind the crop, said in a statement, “Biojet fuel made from carinata delivers both oil for biofuel and protein for animal nutrition while also enhancing the soil it’s grown in.” The crushed seeds can produce a high-protein meal for livestock, poultry, and dairy markets, according to Qantas.

University of Sydney agriculture expert Daniel Tan told The Guardian farmers can use mustard seeds as a source of sustainable fuel, saying, “Almost within a day after harvesting, they can press the oil out in their own shed and use it straight into their tractors.” Field trials have shown the crop should do well in Australia’s climate.