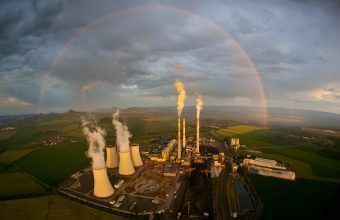 If more countries start recognizing the catalytic potential of carbon markets, the cost of achieving their climate mitigation targets will go down. This will make it easier for countries to step up ambition of their climate efforts and aligning more closely with the 1.5 °C temperature threshold of the Paris Agreement when communicating new or updated national plans.

Now that the global Covid-19 pandemic is straining public finance and fuelling a rise in government debt, it is more important than ever to find the most cost-effective action to abate carbon emissions, and to increase the role of private finance in doing so, an EBRD paper published.

Article 6 of the Paris Agreement establishes two new carbon-trading mechanisms to boost climate mitigation, one for two countries to trade in carbon credits directly and one to trade carbon credits originating from emission reduction projects under international supervision. This has increased the potential for more global carbon markets to play a pivotal role in incentivising the generation of cost-efficient emission reductions and/or removals, as it gives one more policy option to countries drawing up their individual plans – known as Nationally Determined Contributions (NDCs) – to reduce their greenhouse gas emissions. Also companies, when authorised by countries, could use these instruments for their investments and operations to be aligned with the objectives of the Paris Agreement.

Research supported by economic modelling has shown that International carbon markets could reduce the costs for implementing current NDCs by more than half (USD 250 billion per year in 2030), compared to with a scenario where all countries would implement their NDCs independently.

Carbon markets are starting to build further momentum and there is a groundswell of interest among private sector actors as evidenced by the newly formed Taskforce on Scaling Voluntary Carbon Markets, launched by Mark Carney. Already one-third of the countries that have so far submitted NDCs say they intend to make use of international carbon markets. This can be further leveraged if the rules under Article 6 are clarified and adopted by COP26.

The paper urges a broader uptake of carbon markets, which can help lower the cost of achieving mitigation targets and help countries ratchet up the ambitions set out in their NDCs to implement policies and practices that could limit global warming to 1.5 °C.

Carbon markets offer much-needed flexibility for countries to meet their NDC commitments, to create fiscal space for a Just Transition and can act as a risk management tool in the transition to a net zero economy by ensuring countries can meet their NDC targets. A strong enough carbon price can guide new investment opportunities in emission reductions in the short term and towards a predominantly carbon removals market after 2030.

EBRD is part of the MDB Joint Workgroup on Article 6 and advises its countries and clients on carbon market development activities to facilitate a green economic transition.