The Tesla “gigafactory” near Reno, Nevada, is already billed as the largest lithium-ion battery cell plant in the world. But Tesla has discussed plans for at least one additional gigafactory, presumably to meet demand for battery cells related to large-scale electric-car production outside the U.S.

One Finnish city is now making an official bid for that factory. The City of Vaasa, located on the country’s western coast, announced in a blog post Monday that it is preparing a proposal for the Tesla gigafactory.

“This is a good opportunity for the whole of Finland,” Mika Lintilä, Finland’s incoming Minister of Economic Affairs, said of the project, adding that he would support it “as much as possible.”

Vaasa officials believe the city has a good shot at landing the gigafactory because it is located near Kaustinen, location of the largest lithium deposits in Europe. The so-called “Vaasa energy cluster” will also provide Tesla with the necessary expertise to support its operations.

Vaasa is gathering a group of experts in relevant fields, such as engineering, logistics, and project management, to refine its proposal to Tesla. A more specific plan for the gigafactory project will be released by the city in the first quarter of 2017. Tesla has been mulling large-scale production in Europe for some time, and Vaasa isn’t the only location hoping to work with the automaker.

Earlier this year, French Energy Minister Segolene Royal offered the site of a decommissioned nuclear power plant to Tesla CEO Elon Musk has a possible site for an assembly plant. If Tesla follows through on plans for large-scale European car production, it may well need both an assembly plant and a gigafactory. As with the U.S. gigafactory, a European one would provide the economies of scale necessary to sell the 215-mile Model 3 sedan at mainstream prices.

Musk wants Tesla to be producing 500,000 electric cars per year by 2018, and large-scale European sales of the Model 3 would likely be a big help in meeting that goal. 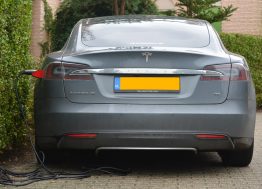 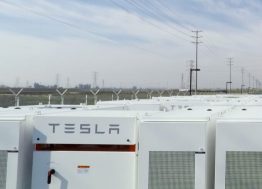 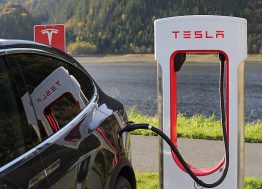 German Luxury Carmakers May Be Looking to Reverse Engineer...